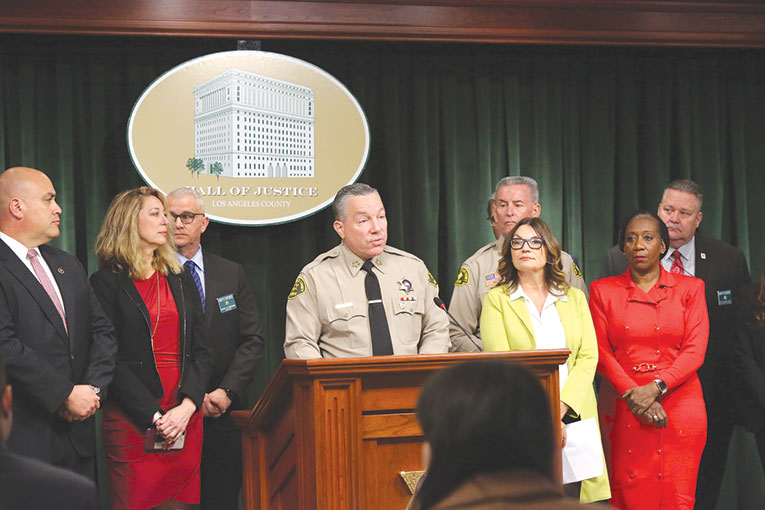 The operation was conducted from Jan. 26 through Feb. 1 by the Los Angeles Regional Human Trafficking Task Force and 70 participating federal, state and local law enforcement agencies. The statewide effort combatted human trafficking at multiple physical locations and on the internet.

The operation focused on rescuing victims of sexual slavery and human trafficking, providing victims with services, identifying and arresting captors, seeking prosecutions and disrupting the demand for vulnerable victims by targeting customers.

Victims encountered during enforcement efforts were cared for by personnel from department of children and family services agencies and victim service providers in each county. In Los Angeles County, CAST, Saving Innocence, Zoe International and Journey Out coordinated the emergency services response for victim care.

“The Los Angeles County Sheriff’s Department and our partners stand with each victim of this heinous crime. You are the focus of this endeavor. We are here for you. We are here to help you reclaim your freedom from the binds of sex trafficking and to provide you the support and tools to rebuild your lives,” Villanueva said. “To the traffickers and solicitors, we will not tolerate the enslavement and trafficking of others in any form. We will seek you out and prosecute you to the fullest extent of the law. Purchasing commercial sex is illegal and buying sex adds to the exploitation of those involved.”

“As a task force, we are continuing to find cutting-edge approaches to serving survivors that prioritizes their rights, secures their safety and provides access to services, while holding traffickers accountable,” said CAST CEO and Executive Director Kay Buck. “I want to thank all of the amazing community leaders that are a part of the task force for being stewards of our shared community values and our evolving national model.”

To report human trafficking call 911. For information about the task force, visit lahumantrafficking.com.