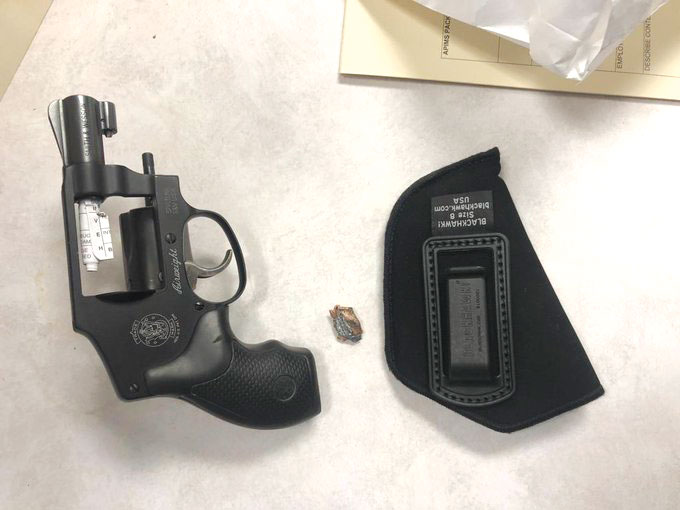 Officers recovered a handgun when they took an attempted murder suspect into custody on Jan. 29. (photo courtesy of LAPD Hollywood Division)

An unidentified man was arrested by police in Hollywood on Jan. 29 on a warrant for attempted murder.

The arrest was made by officers from the Los Angeles Police Department’s Hollywood Division at approximately 11:45 p.m. at the 3rd Base Sports Bar near Cahuenga Boulevard and Selma Avenue. Officers found a handgun on the individual when he was arrested, said Capt. Steven Lurie, commanding officer for the Hollywood Division.

Lurie said the arrest warrant was from another state for an incident that occurred more than 18 months ago. He had no further information about the case but said the incident illustrates the dangers that guns often present in the community.

“What’s great about this is we got another gun off the streets,” Lurie said. “Thankfully, these [cases] aren’t all that common in Hollywood.”