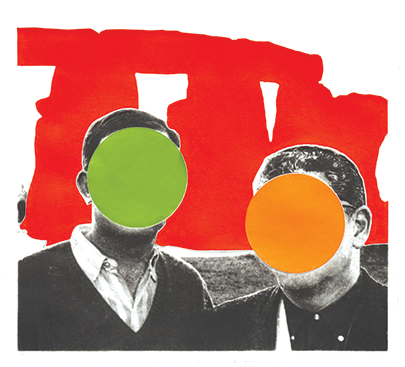 Art Los Angeles Contemporary, where exhibitors from around the world provide a cross-section of international contemporary art, will host its latest edition at the Hollywood Athletic Club on Sunset Boulevard on Feb. 13-16.

“ALAC has been building connections to our city and its collectors and putting content and galleries first for 11 years,” said Tim Fleming, founder and director of ALAC. “We’re moving to the Hollywood Athletic Club with the same philosophy we’ve always had, partnering with a core group of long-term international and Los Angeles-based exhibitors, and welcoming galleries that joined us for the first time last year. This marriage and commitment to L.A. marks our future. It’s what a fair in this city needs to be.”

The fair will span the club’s two floors, inhabiting both its vaulted ceiling ballroom and its athletic infrastructure, including a gymnasium and racquetball courts. Mexico City-based architectural studio PRODUCTORA will re-envision the original 1920s architecture in collaboration with L.A.-based architecture and interior design practice Part Office.

Curatorial platform Court Space, which hosts exhibitions in L.A.’s public sports courts, will feature sculptural works by artist Gozié Ojini. A photographic installation by Luciano Perna will display selections from his archive of images of the Los Angeles art scene. These projects will highlight the social and athletic context of the fair at the Hollywood Athletic Club.

Joining gallery participants are nonprofit organizations including SculptureCenter, New York, as well as a selection of independent art publishers such as Case Publishing, OSMOS and Printed Matter.

The Hollywood Athletic Club is located at 6525 Sunset Blvd. For information, call (323)851-7350, or visit artlosangelesfair.com.