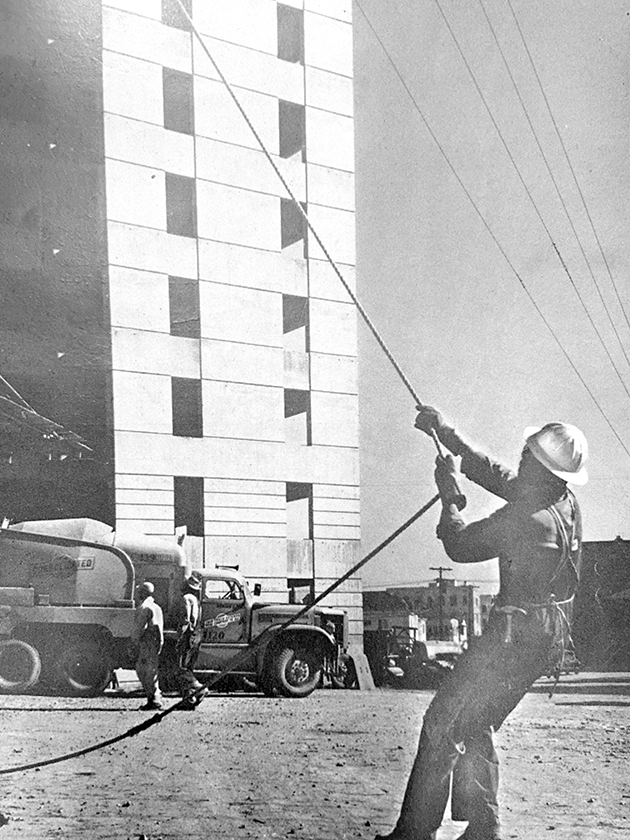 A photograph on the cover of the Jan. 26, 1950, issue of the Park Labrea News showed a crew working on the towers at Park La Brea, which were under construction at the time. The accompanying article stated that the first of the 18 13-story towers were to be completed by summer, and at least six would be ready for occupancy by September, with the rest opening as they were completed. The towers, which became part of the largest residential housing complex west of the Mississippi River, forever changed the skyline of the Miracle Mile and remain a prominent feature in the community today.

Seminar focuses on support for people with HIV