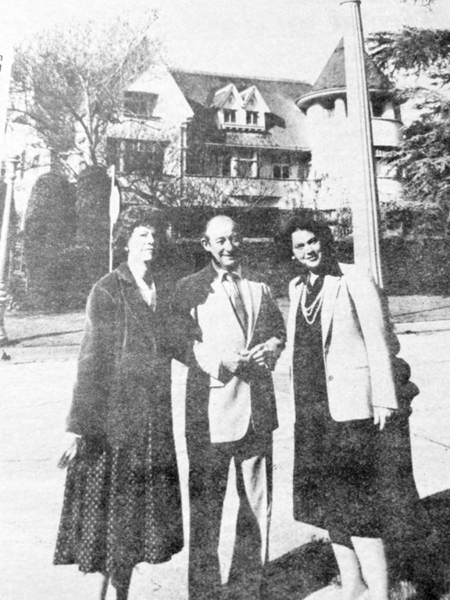 A photograph in the Jan. 24, 1980, issue of the Park Labrea News showed members of the Hancock Park-Windsor Square Historical Society preparing for a series of tours highlighting historic homes in the local community. Stacey Fletcher (left), Max Bogen and Margo Leonetti O’Connell came together in front of a home on Lorraine Boulevard that was to be featured on the tour. The series focused on unique residences in the Rancho La Brea area, which includes Hancock Park and Windsor Square, as well as the Miracle Mile. Forty years later, the preservation of historic homes remains a hotly contested issue, as many people in the community oppose a new state law, Senate Bill 50, that would allow for the construction of more multi-family housing near transit corridors and potentially alter historic districts such as the Miracle Mile Historic Preservation Overlay Zone, which was created to protect unique historic structures in the community.