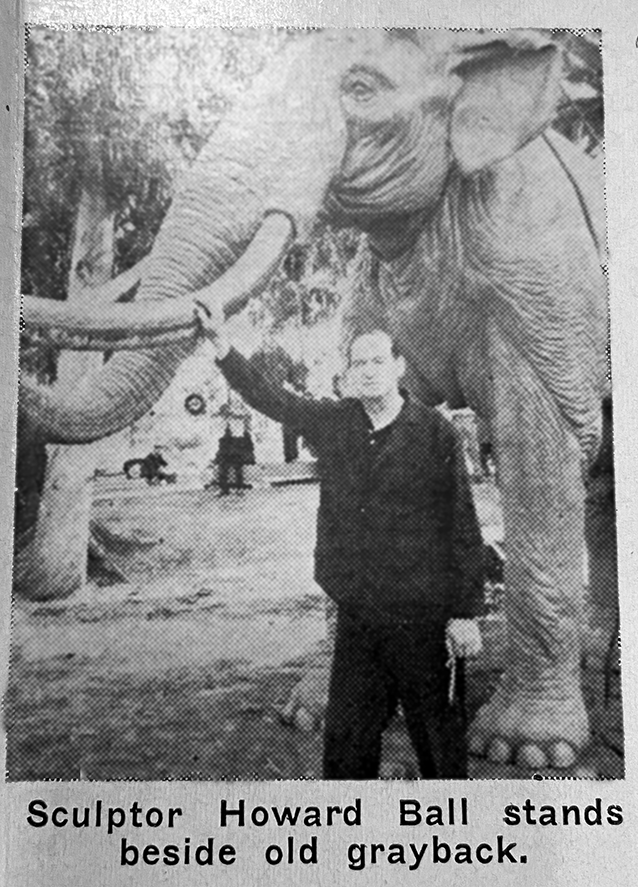 A photograph in the Jan. 26, 1967, issue of the Park Labrea News showed the statue of a mammoth being installed in front of the La Brea Tar Pits along Wilshire Boulevard. The statue was part of an outdoor exhibit illustrating how the Pleistocene-era mammals became trapped in the sticky tar. Sculptor Howard Bell was shown with his creation, nicknamed “old grayback” according to the accompanying article. The statue is part of a family of mammoths that remain today at the side of the lake at the front of the Tar Pits. The La Brea Tar Pits and Museum is currently undergoing a multiyear re-envisioning process that will lead to a transformation of the property in the years to come. Plans call for the mammoth family to remain at the site as part of the future project.

Observatory hosts program on the latest in space science