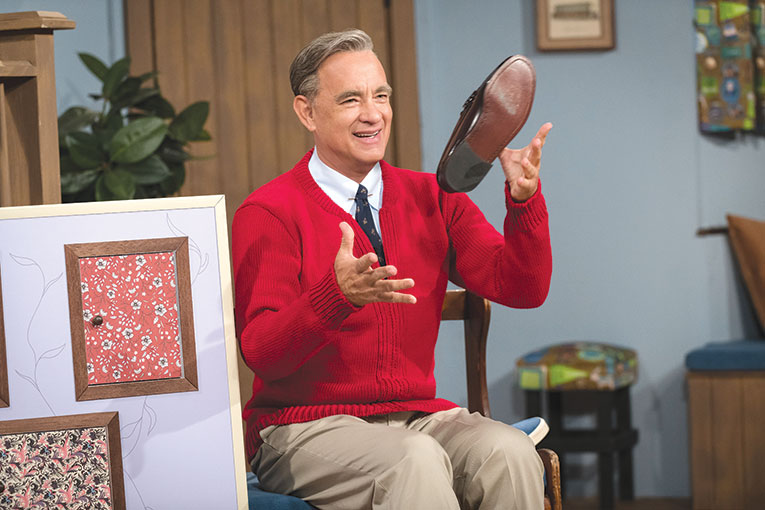 Tom Hanks is compelling as Mr. Rogers in “A Beautiful Day in the Neighborhood,” but the film falls short in capturing the true identity and motivation of the iconic television personality. (photo courtesy of Sony Pictures)

“A Beautiful Day in the Neighborhood,” “Harriet” and “Richard Jewell” will go home empty-handed come Oscars night. One lead, two supporting and an original song nom are their only chances, but most other contenders enjoy all the hype, and (mostly) rightly so.

“A Beautiful Day in the Neighborhood”

Always the antagonist, a jaded muckraker molded by deep-seated resentment toward his own father (Chris Cooper), Lloyd resists the allure of Mr. Rogers’ pure goodness. How can anyone care so deeply for everyone he encounters? Turns out the Presbyterian minister gravitates toward those he believes need him most, transforming what should’ve been a one-off for Lloyd into a series in conversations that reveals less about what makes Mr. Rogers tick and more about Lloyd’s own emotional journey.

For Hanks to win the supporting nom would be rather disingenuous. To date, no film, feature or documentary, has explored Rogers’ true complexities. The 2018 documentary “Won’t You Be My Neighbor?” comes closest thus far. This Mr. Rogers undergoes nothing new. By the time Lloyd arrives in Rogers’ life, the informal life coach is a fully realized person without need for a new life lesson. He remains a constant presence, a Jungian sage sporting a Daniel Tiger puppet.

But fret not. Hanks might not win, but “Beautiful Day” oozes with positivity and hope, even when tragedy strikes. A true Rogers film is hopefully still to come, but this one still provides a splendid example of how wholesomeness navigates a contradictory world. 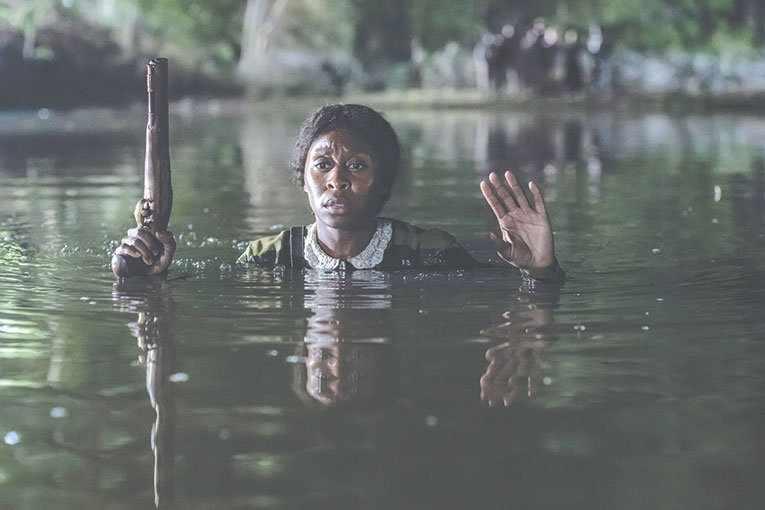 Biopics need to pick a topic. That problem looms over “Harriet,” which depicts the Underground Railroad’s most heroic figure, Harriet Tubman (Cynthia Erivo from “Bad Times at the El Royale”). In an attempt to provide a snapshot of Tubman’s life and times, the story’s pulse is lost.

Erivo will return to the best female actor category. She’s incredibly talented. But “Harriet” doesn’t provide her with a rich enough script. She dramatically, passionately waxes and champions the need to free slaves in contrived monologues that play for the camera more than a real-life setting.

An underdeveloped bit also arrives halfway through the film as well: God provides her with safe passage and gives her visions. Alas, no one involved in this project wishes to explore this subplot more, hence it feels either tangential or like a missed opportunity.

“Harriet” is what happens when history is condensed too much. A brief montage explains her many feats and some strategy involved in liberating slaves. And instead of a elaborate displays of racism in slave states, villainy again condenses into a singular figure, Tubman’s former owner Gideon Brodess (Joe Alwyn, who feels more like a caricature than a character), another fictional character created for a film.

At the very least, “Harriet” can serve as a beneficial learning tool for younger audiences as a film to avoid the harshness of others like “12 Years a Slave.” As an awards contender, others cover this and many other topics with more precision.

Clint Eastwood really doesn’t like news media. In his latest film, Richard Jewell (Paul Walter Hauser, surprisingly not nominated), the security guard who discovered a bomb at Centennial Olympic Park in 1996, becomes the quite innocent subject of an FBI investigation and media frenzy.

For a hot second, he’s a hero, appearing on morning shows and preparing to pick a ghost writer for his memoir. Then, Atlanta Journal-Constitution reporter Kathy Scruggs (Olivia Wilde) pushes for a story about the FBI’s investigation into Jewell, who fits the profile of a bomber on paper.

Pause a moment and bask in Eastwood’s depiction of Scruggs, who died in 2001. Rather than create a fictional character in “Jewell,” Eastwood and screenwriter Billy Ray (“State of Play,” “Shattered Glass”) play very loose with the facts, an odd choice considering the film’s attempts to chastise news media for doing the same thing. She gets aroused by a good scoop, even rewarding her anonymous FBI agent Tom Shaw (Jon Hamm), another fictional character, for revealing Jewell is a person of interest.

As for this one’s Oscar nom: Kathy Bates as Jewell’s hapless mother thrust into the spotlight and investigation alongside her son. To be clear, Bates is a national treasure – nay, a worldwide treasure – but any of her many, many roles on “American Horror Story” are more worthy of praise. She doesn’t miss the mark, but she hardly ascends to Oscar greatness.

News media and occasional FBI hate aside, “Richard Jewell” is hardly unwatchable, from Hauser’s amazing performance to Sam Rockwell being Sam Rockwell (or lawyer Watson Bryant). But it is still a post-empty chair Eastwood film nonetheless.