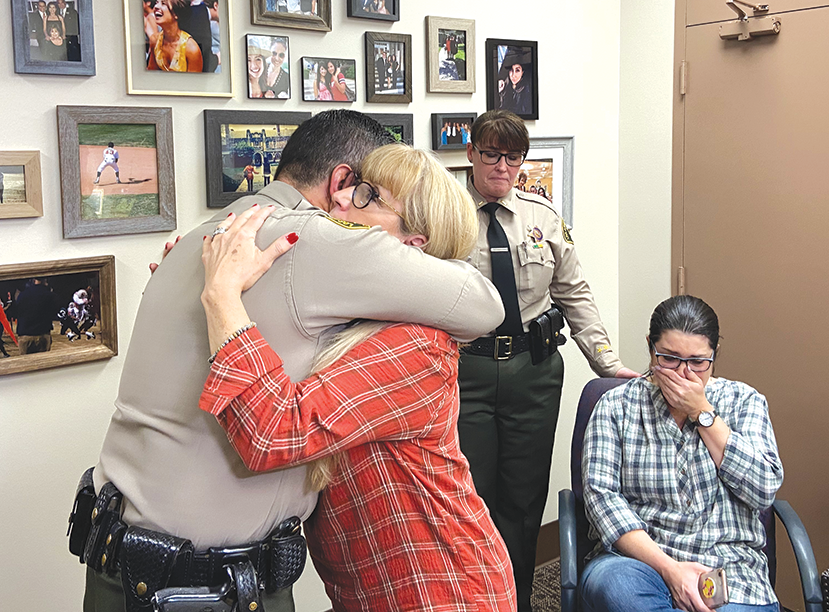 Personnel at the West Hollywood Sheriff’s Station and members of the community are mourning the death of Det. Amber Leist, 41, who was struck by a vehicle and killed while off duty on Jan. 12 after helping an elderly woman who had fallen in the street in Valley Village.

Flags were flown at half-staff at the sheriff’s station and West Hollywood government buildings on Jan. 13, and flowers and candles commemorated Leist, who served at the station for the past five years. West Hollywood Sheriff’s Station Capt. Edward Ramirez remembered Leist for her vivacious personality and willingness to help anyone. He said the loss has saddened everyone at the station, and Leist is sorely missed.

“This has had a tremendous affect on my personnel. We are a small station here in the city of West Hollywood, we are an incredibly close station, and Amber was one of our team,” Ramirez said. “She had everybody’s best interest in mind. She was just this healthy, wholesome, caring, charismatic individual. Suffice it to say that this world has a little less luster without Amber. It has been devastating for what is an incredibly close family.” 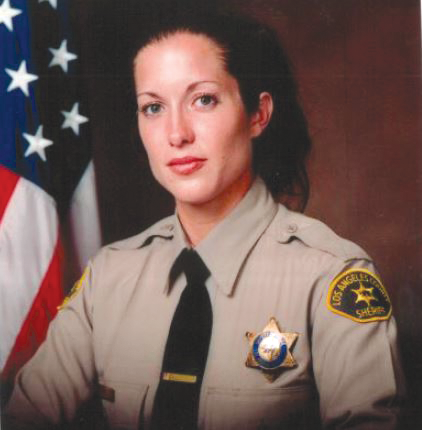 Leist was in a turn lane waiting at a stoplight at the intersection of Whitsett Avenue and Riverside Drive on the afternoon of Jan. 12 when she saw an elderly couple crossing the street, Ramirez said. When the woman fell while in the crosswalk, Leist put her vehicle in park, got out and ran over to help, he added.

Leist and the woman’s husband picked her up and helped her to the corner. The detective was returning to her vehicle when she was struck by a motorist traveling east on Riverside Drive. The driver stopped and rendered aid, and the collision is considered a tragic accident, Ramirez said. Leist was taken to a hospital where she was pronounced dead.

“We are shocked [and] stunned by the sudden loss of a family member,” Los Angeles County Sheriff Alex Villanueva said. “Amber Leist, a West Hollywood detective and 12 year veteran of LASD, was fatally struck by a vehicle while assisting others. She was an outstanding detective who led by example.”

The day after the collision, many people arrived at the sheriff’s station to offer condolences and leave flowers and cards. Grief counselors were present to help. Leist was remembered for her tireless work in the community.

“Amber had an infectious personality. She was lively. When Amber went into a room, you knew Amber was in the room,” Ramirez said. “She had this sympathetic and empathetic way about her and that was indicative in the way she dealt with her victims. We utilized Amber for a number of things but her specialty was dealing with domestic violence, folks who were abused, people who were assaulted. Amber’s empathetic and sympathetic demeanor helped to diffuse the situation and also helped her gather significant amounts of evidence. She was very, very good with people.”

Ramirez and other sheriff’s department personnel met with Liest’s family at the station on Jan. 13 and shared memories about her life and service. Her father Daniel Leist said he was not surprised that she did not hesitate to help the woman who fell.

“My daughter always had a heart bigger than her body. She spent the last years of her life doing the one thing she loved most and that was serving people,” Leist said. “This experience, as tragic and as hard as it’s been, I couldn’t be prouder of my daughter, because she did exactly what she was raised to do. She was always taught that if you want to be great, you have to be a servant to all. [Helping others] epitomized who Amber was.”

Leist grew up in Lancaster and lived in North Hollywood. She began her career with the sheriff’s department at the North County Correctional Facility in Castaic and later worked at the Lancaster Sheriff’s Station before being assigned five years ago to the West Hollywood Sheriff’s Station.

The Association for Los Angeles Deputy Sheriffs and the West Hollywood Sheriff’s Station have established an account for anyone wishing to donate to the Leist family. Donations can be made through the ALADS CARES Foundation by visiting alads.org. Those who prefer to send a check should make it out to “ALADS CARES,” noting “Detective Leist” on the memo line. Checks can be mailed Attn: ALADS CARES, 2 Cupania Circle, Monterey Park, CA 91755.