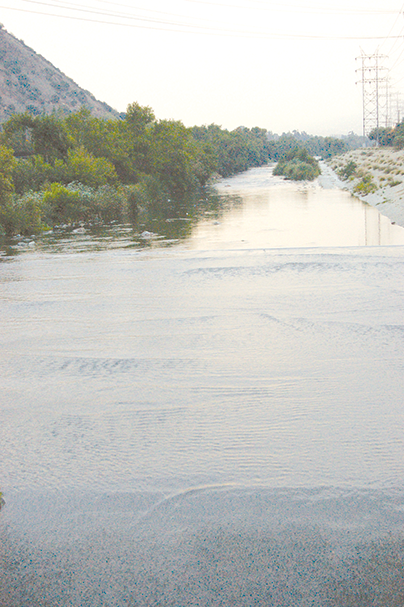 The restoration of the Los Angeles River will benefit from grants recently awarded to the city. (photo by Edwin Folven)

The stet of California has provided $3.55 million in grants to help improve pedestrian, cyclist and equestrian access to the L.A. River and support wildlife habitat.

“The L.A. River is central to our city’s history, and our investments now will ensure that it’s a natural treasure far in the future,” said Los Angeles Mayor Eric Garcetti. “These grants will allow us to restore river habitat, give Angelenos better access to the outdoors, add new places to walk and bike and advance our vision of sustainability in the heart of our city.”

Garcetti led a group of local and state partners to compete for two separate grants to improve the river. The first award secures $2.2 million from the California Natural Resources Agency to the Los Angeles Bureau of Engineering for a 2.2-mile path along the North Atwater East Bank Riverway between Los Feliz Boulevard and the 134 Freeway. The project will be part of a 6-mile loop linking pedestrians, cyclists and equestrians with jobs, local parks and transit stops.

The pathways will be connected to the North Atwater Multi-Modal Bridge, bridges over the Verdugo Wash to be constructed in the future and the banks of the river between the Glendale Riverwalk and Ferraro Fields.

The second grant will bring $1.35 million from the California Wildlife Conservation Board to the Council for Watershed Health to support wildlife habitat along 4.5 miles of the river. The grant will also fund a new proposal for infrastructure improvements that will help increase fish populations and foster a more diverse ecosystem in the river channel.

Garcetti has led the city’s efforts to revitalize the L.A. River by transforming it from a concrete flood channel into a natural space with more parks, bike paths and open space for recreational use. It includes building new bridges to connect communities, including the Sixth Street Viaduct replacement, the North Atwater Multimodal Bridge and the Red Car Pedestrian Bridge.

“Our River Revitalization Master Plan gave us a grand vision for our L.A. River, and these funds will help us turn it into reality,” said Los Angeles City Councilman David Ryu, 4th District. “The Los Angeles River holds the story of our city’s beginning, and it’s on us to make the next chapter a brighter one. For years, we’ve been working with community leaders, environmental groups and residents to restore our river, expand public access and improve its ecological function. This new path brings us closer to a continuous bike path along the L.A. River, as well as provides new connections to countless Angelenos.”

“This is another step towards creating greater connectivity along the Los Angeles River and restoring the wildlife habitat at the city’s urban core,” added Los Angeles City Councilman Mitch O’Farrell, 13th District. “I introduced a motion in council earlier this year to start the process to apply for this grant funding, and I appreciate the river stewardship of the Bureau of Engineering for its work on several projects that will better serve the area. I look forward to the continued partnership with our local stakeholders as we collaborate to improve this existing service road into a greenway along the east bank.”

Governor appoints local leader to board