Exhibit tells stories of Holocaust victims through their belongings 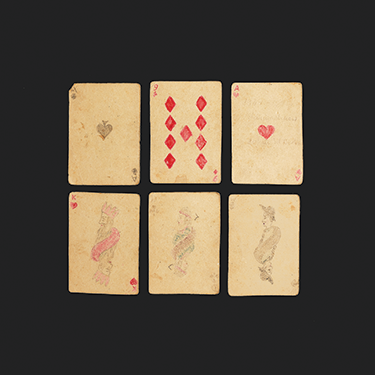 The exhibit at LAMOTH includes photographs of victims’ belongings, including playing cards. (photo courtesy of LAMOTH)

Los Angeles Museum of the Holocaust presents “Objects From the Concentration Camps,” an exhibition of photographs chronicling personal artifacts from the closed archives of Ravensbrück and Sachsenhausen Concentration Camps opening on Sunday, Jan. 26. A reception with photographer Richard Wiesel will be held at 4 p.m. on Jan. 26.

A relative of Holocaust survivor and Nobel Peace Prize Laureate Elie Wiesel, Richard Wiesel was granted exclusive access to the closed archives of the memorials Sachsenhausen and Ravensbrück to photograph artifacts that had never been seen publicly. Through extensive research, he discovered heartbreaking individual stories behind the stolen objects and their owners’ tragic fates.

The photographed objects include a harmonica, playing cards, a doctor’s tool kit, a child’s teddy bear and a miniature Hebrew Bible. 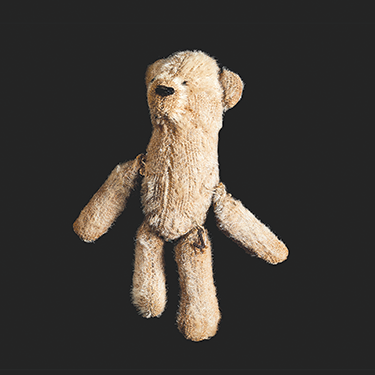 The exhibit at LAMOTH includes photographs of victims’ belongings, including a teddy bear. (photo courtesy of LAMOTH)

An emotional guided tour of the Holocaust memorials in Berlin in 2018 inspired Wiesel to capture images of personal items that once belonged to concentration camp inmates. Working with renowned German historian Robert Sommer, he combed through artifacts found at the camps after liberation or subsequently donated by the survivor or their families, and then researched their stories.

Wiesel previously spent 26 years as a marketing director for Universal Pictures and Paramount Pictures home entertainment. He currently works from a photography studio in Sydney, Australia.

The Los Angeles Museum of the Holocaust is located at 100 S. The Grove Drive.

Admission to the exhibition and the museum is free, but an RSVP to the opening event is required by visiting lamoth.org.

Los Angeles Museum of the Holocaust is also holding a commemoration ceremony and concert on International Holocaust Remembrance Day, Monday, Jan. 27, from 6 to 7:30 p.m. The suggested donation is $10. To RSVP, visit lamoth.org.