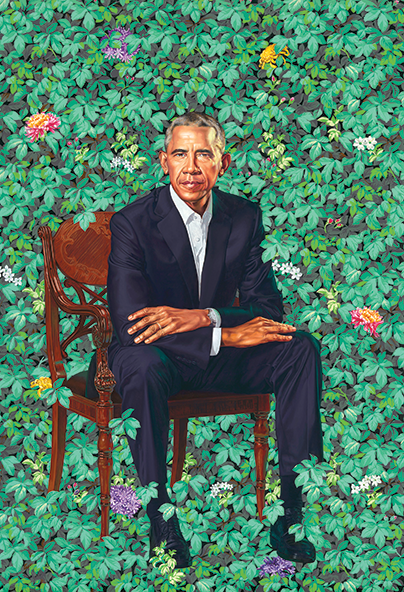 “Barack Obama” by Kehinde Wiley and “Michelle LaVaughn Robinson Obama” by Amy Sherald will be exhibited at LACMA next year as part of the portraits’ tour of five U.S. cities. (photo © 2018 Kehinde Wiley/courtesy of the National Portrait Gallery, Smithsonian Institution) 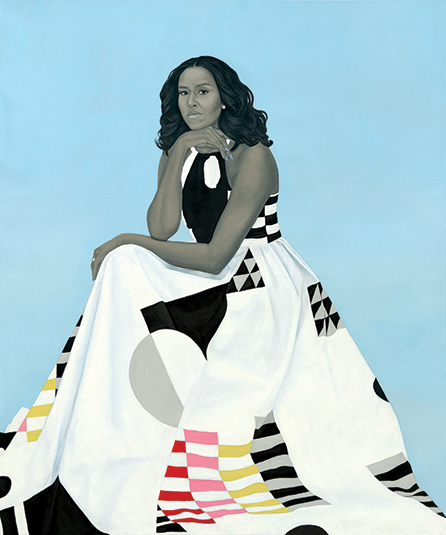 “Barack Obama” by Kehinde Wiley and “Michelle LaVaughn Robinson Obama” by Amy Sherald will be exhibited at LACMA next year as part of the portraits’ tour of five U.S. cities. (photo courtesy of the National Portrait Gallery, Smithsonian Institution)

The National Portrait Gallery, home to portraits of many of the American presidents and first ladies, is bringing two of its most recent and popular additions to the Los Angeles County Museum of Art next year.

The gallery, which is located in Washington, D.C., and is part of the Smithsonian Institution, announced on Jan. 23 that the portraits of former President Barack Obama and former first lady Michelle Obama will visit five American cities from June 2021 through May 2022.

The portraits will be at LACMA from Nov. 5, 2021, to Jan. 2, 2022. The other selected museums are the Art Institute of Chicago, the Brooklyn Museum, the High Art Museum in Atlanta and the Museum of Fine Arts, Houston.

“We view the country as our community,” said Kim Sajet, director of the National Portrait Gallery, in a statement. “Since the unveiling of these two portraits of the Obamas, the Portrait Gallery has experienced a record number of visitors, not only to view these works in person, but to be part of the communal experience of a particular moment in time. This tour is an opportunity for audiences in different parts of the country to witness how portraiture can engage people in the beauty of dialogue and shared experience.”

The tour will also feature “an audio-visual element, Portrait Gallery-led teacher workshops and curatorial presentations in each location,” the gallery’s statement said. The National Portrait Gallery also announced that a book about the artwork, “The Obama Portraits,” will be published on Feb. 11.

Jessica Youn, LACMA’s interim director of communications, said in an email that the construction of the museum’s new building will not impact the presentation of the Obamas’ portraits.