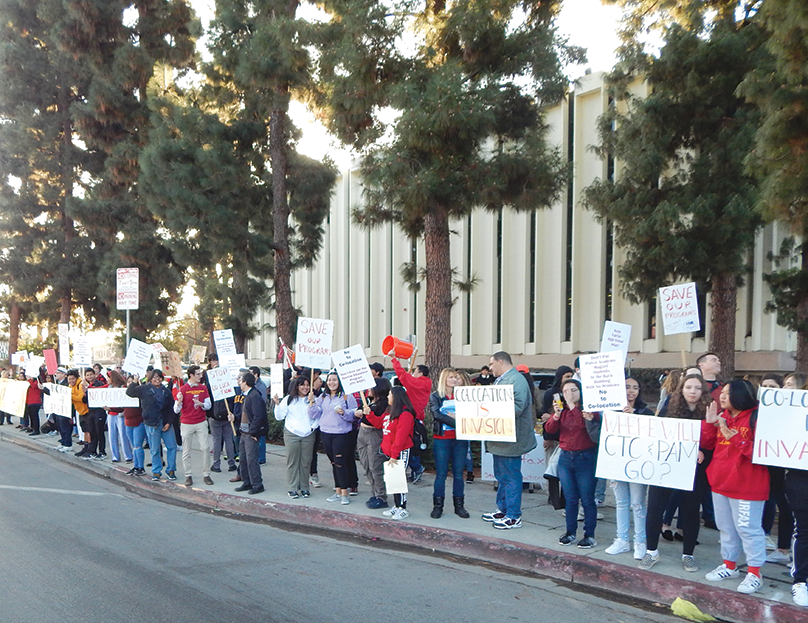 On Nov. 22, dozens of protestors pushed back against a plan to put a new middle school on the campus of Fairfax High School. (photo by Cameron Kiszla)

Last month, Cheryl Hildreth, superintendent of the Los Angeles Unified School District’s Local District West, announced in an email that plans for the West Hollywood-Fairfax Academy have been delayed again.

In November, school district officials said a Board of Education vote that had been scheduled for Dec. 3 would be held in 2020. Now, that vote has been postponed indefinitely, meaning the proposed new middle school will not open in time for the beginning of the 2020-21 school year as officials had hoped, Hildreth said.

“Over the next few months, we will be engaging all stakeholders in the discussion about strong middle school options, including existing schools and the potential location of a new program. This engagement will ensure that all factors – most importantly, our mission to serve the diverse needs of all students – are carefully considered before presenting anything to the Board of Education,” Hildreth said.

The plan for the WHFA – which was expected to enroll 125 sixth-graders this year and eventually instruct 360 middle-schoolers – encountered pushback from some stakeholders in the area, including parents at Laurel Span School, which was a one-time potential site for the new middle school.

Some Laurel community members were worried that a new middle school program on the same campus would negatively impact the school’s change to the Laurel Cinematic Arts and Creative Technologies Magnet, which will begin operating in the 2020-21 school year.

The WHFA also was opposed by some parents and supporters of two programs on the Fairfax High School campus – the Fairfax Police Academy Magnet and the Career and Transition Center – both of which were expected to be relocated to accommodate the new middle school. The police magnet was going to be relocated to another facility on campus, but the CTC was expected to be moved elsewhere within the school district. 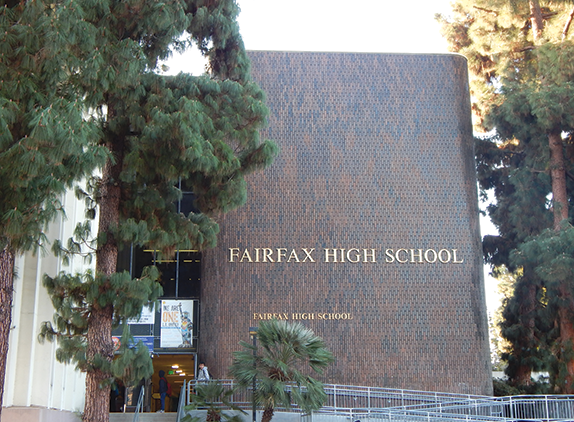 Two programs at Fairfax High School, the Career and Transition Center and the Fairfax Police Academy Magnet, would have been affected by the addition of the middle school. (photo by Cameron Kiszla)

CTC teacher Royce Viso said the program was notified of the delayed vote on the middle school near the end of the day on the last day of classes before the holiday break. Viso said he was happy the CTC wouldn’t be moved to make space for another program without a new home that was “as good or better” than the current site, as the school district officials had promised.

“As a teacher in the position I’m in, I just like that our program is also given some priority. I want to feel that we’re not being moved around to make space for others … I would like them to work to find a place that is an improvement for us, then they can do with the space that’s there whatever they want to do,” Viso said.

“We plan on climbing our enrollment through that program, so it would be a real kick in the side to see a middle school come and take up space, then see we can’t expand,” Biegler said.

Hylan “Tee” Hubbard, a supporter of the plan for WHFA, said it’s “probably the right thing” to delay the planned school in light of the issues raised by opponents, and he hopes the additional outreach and discussion can be used to “make it even better.”

“It’s really frustrating, because we did a lot of work, but the concerns on the other side are legitimate concerns. It would be wonderful to have this up and running, but this extra time will allow us to make sure everything that needs to be addressed will be addressed. If it’s not done right, it will be a mess. I’d rather have it done right,” Hubbard said.