Martinez takes over as president of City Council 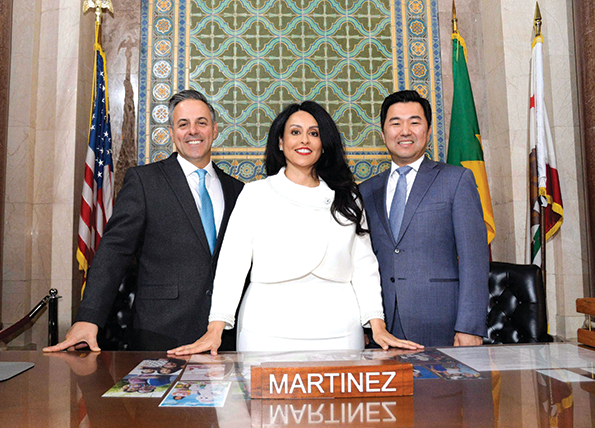 “It is a great privilege to join Council President Nury Martinez and Council President Pro Tempore Joe Buscaino in leading this new City Council,” Ryu said. “The history of this moment is not lost on me. To be the first Asian American in this leadership role, and to serve under our City Council’s first Latina president, is an incredible honor – and reflects just how far our city has come. I look forward to partnering with Council President Martinez on delivering on a working families agenda and building a Los Angeles that lifts up all its people.”

On Twitter, Martinez said as a “child of the working poor,” she is “creating a #familiesfirst agenda to ensure every child has the opportunity to make the most of our city’s many gifts.”

“Right now, in LA, there are families that are doing everything right, yet it is not enough,” Martinez said. “Our #familiesfirst agenda is a call to action to lead, to be courageous and to act with urgency. We want children, women and families to be able to fulfill their dreams.”