Marking one year without Timothy Dean 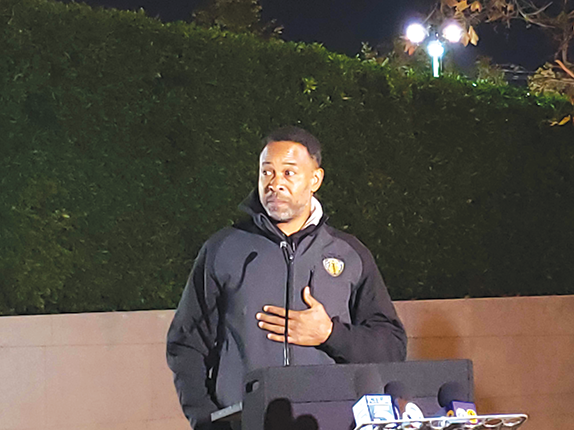 On Jan. 7, 2019, Timothy Dean died in the West Hollywood apartment of prominent political donor Ed Buck. One year later, West Hollywood residents, activists and friends of Dean gathered at West Hollywood Park to remember him and continue their call for justice. Buck was arrested last year and faces a maximum sentence of life without parole if convicted of federal drug charges. Buck has pleaded not guilty.

“Even though today is very bittersweet, I am so happy Ed Buck is in jail. If we didn’t do anything else right in 2019, we got that part right,” said Jasmyne Cannick, an activist and victim’s rights advocate who has pushed for justice in the Buck case.

Approximately 30 people, including West Hollywood City Councilwoman Lauren Meister and Mayor John D’Amico, were in attendance, and several family members and friends of Dean and Gemmel Moore, who also died in Buck’s apartment, spoke about the men as people, not just victims. 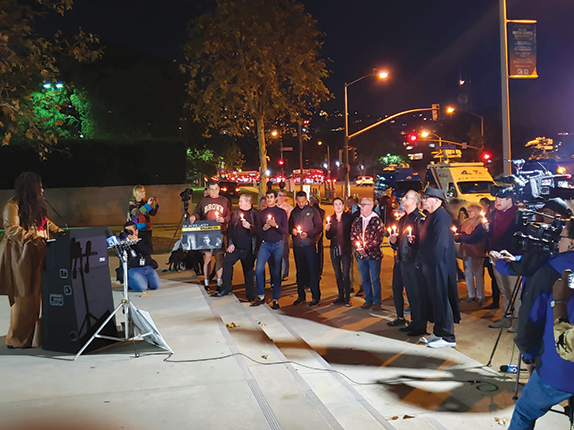 The candle-lit vigil featured friends and family members of Timothy Dean and Gemmel Moore, who died in the West Hollywood apartment of Ed Buck. (photo by Cameron Kiszla)

Mark Chambers, who played basketball internationally with Dean, talked about the pain of losing his friend in “such a public way.”

“Of course, there are media people out there who will go after what Tim did and not who Tim was, and I made it my mission to let everybody know who Tim was … This man was loved, and that’s all, that’s how I’m going to leave it. Tim was loved,” Chambers said.

Others who knew Dean talked about his love for fashion, his friendliness and his willingness to be a loyal friend who would tell those he loved what they most needed to hear. Laura Petersen, another friend of Dean, added that Dean “was a beautiful human being, a flawed, beautiful being.”

“Tim brought a lot of love and joy to all of us. And personally for me, he was just my crazy brother,” Petersen said.

Petersen and other speakers also renewed their call for justice for Buck, who goes to trial on Aug. 4.

Turk, who said he is representing nine alleged victims on a pro bono basis, encouraged those who have the means to visit justice4gemmel.org to give to the legal fight against Buck.

Party over for 28 Hollywood Hills homes