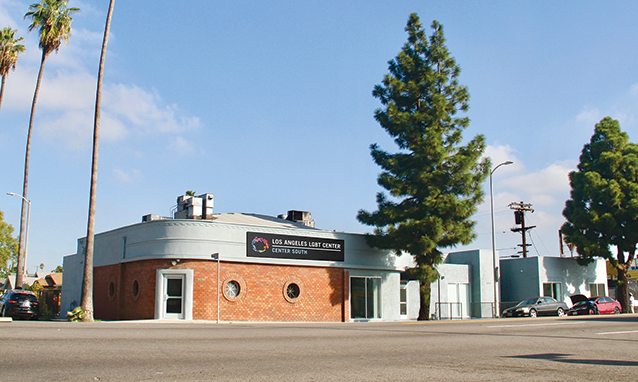 On Jan. 11, the Los Angeles LGBT Center opened the doors of Center South, a 5,500-square-foot community space located at 2313 W. Martin Luther King Jr. Blvd. near Leimert Park, which signifies the first-ever expansion of the world’s largest LGBT organization into South Los Angeles and champions its long-term commitment to care for LGBT people living throughout the city.

“We’re thrilled to be opening Center South, and we’re proud to be doing so with wonderful partners: Bienestar Human Services, Black AIDS Institute, Children’s Hospital Los Angeles and the Wall Las Memorias Project. Together, we will serve a wider array of folks here than we are now doing separately,” Jean said. “Most importantly, among our areas of focus will be the people who are most vulnerable for new HIV infections: young gay and bisexual black and Latino men and transgender women of color. We intend for Center South to be an especially welcoming place for them.”

All of Center South’s programs and services will be provided to everyone for free or at low cost with a focus on serving the needs of young gay and bisexual men of color ages 12 to 29. According to the 2017 Los Angeles County Annual HIV Surveillance Report, South Los Angeles had the second highest rate of HIV diagnoses in the county. The rate continues to rise among young black and Latino gay and bisexual men, and the rate among black cisgender women are slowly increasing.

Funded in part by the County Department of Public Health, Center South addresses the societal and health needs of LGBT people of color living in South Los Angeles by providing comprehensive programs and services, such as HIV testing, access to PrEP and PEP services, housing case management, mental health services and a drop-in safe space which can also be used to host community events. A CyberCenter computer lab comprised of a new printer and eight new Lenovo desktop computers was funded by the David Bohnett Foundation.