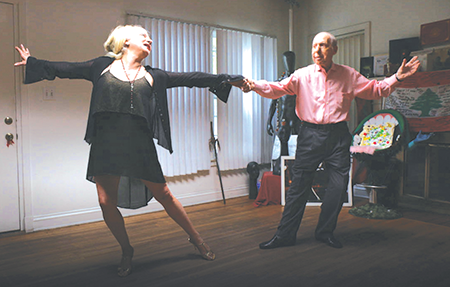 Holocaust survivor Bernard W. Bail was shot down over Germany and later fell in love with his nurse, who shaped his life and career. (photo courtesy of LAMOTH)

Narrated by Emmy-winning actor Peter Coyote, “And Now, Love” is the story of the now 96-year-old Bail, who was shot down over Nazi Germany. Imprisoned in a German hospital, he fell in love with his German nurse who introduced him to a spiritual love that shaped his career as a psychoanalyst.

Guest has produced numerous films for PBS and has produced and directed pieces for Warner Brothers and Disney, including video documentaries about “The West Wing,” “John Lennon: Imagine with Yoko Ono,” “National Treasure,” “The O.C.,” “High School Musical,” “Whatever Happened to Baby Jane?” and “Without A Trace.”

Admission to the museum and screening are free. The Los Angeles Museum of the Holocaust is located at 100 S. The Grove Drive. For information, visit lamoth.org.