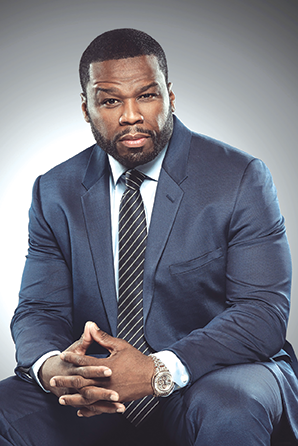 Rapper, actor and producer Curtis “50 Cent” Jackson will be honored with the 2,686th star on the Hollywood Walk of Fame on Thursday, Jan. 30, at 11:30 a.m. Jackson’s star will be dedicated in the category of recording at 6250 Hollywood Blvd.

“Curtis ‘50 Cent’ Jackson is a man of many talents and star power,” said Ana Martinez, producer of the Walk of Fame. “He has pursued many types of entertainment genres and done so with huge success. We are proud to add this talented and revered performer to our Walk of Fame family.”

Jackson is an award-winning rapper, entrepreneur, actor and producer from Queens, New York. Recognized as one of the most talented and prolific music artists of his time, the Grammy Award winner rose to fame with his record-shattering debut album, “Get Rich or Die Tryin’” and has since sold more than 30 million albums worldwide and been awarded numerous prestigious accolades. The exceptional businessman serves as CEO of G-Unit Records, which he founded in 2003, and has since signed a host of multiplatinum artists.

Jackson has carved out a television and film career as both a producer and star. In 2005, he founded G-Unit Film & Television Inc., which has produced a wide variety of content across numerous platforms and sold shows to multiple networks.

He is also developing a number of new projects including “Intercepted” and “Trill League” at Starz and the series “For Life,” a serialized legal and family drama that will premiere in February on ABC.

Additional credits include the variety show “50 Central” on BET and “The Oath” on Sony Crackle, the network’s most-watched new original series. Jackson’s film career has included roles in several blockbusters, most recently “Den of Thieves,” co-starring opposite Gerard Butler. Jackson has signed on to produce the sequel along with Butler.