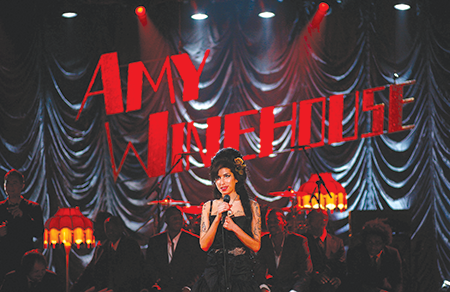 Amy Winehouse was a singer and songwriter who mixed the musical genres of soul, rhythm and blues, and jazz. (photo courtesy of Getty Images)

On Monday, Jan. 20, the Grammy Museum will celebrate the opening of “Beyond Black – The Style of Amy Winehouse” with an exclusive program for museum members and free public launch party as a special kickoff Grammy Awards week.

“Beyond Black – The Style Of Amy Winehouse” will offer a retrospective of Winehouse’s career, her biggest influences, iconic fashion moments and how she — while only living to be 27 and releasing two studio albums — left an indelible mark on music, fashion and pop culture. The exhibit will also touch on how Winehouse’s untimely passing led her family to create the Amy Winehouse Foundation.

Winehouse’s stylist, Naomi Parry, and close friend, Catriona Gourlay, will discuss stories and the history behind costumes at the museum’s Clive Davis Theater as part of an exclusive members-only program from 5 to 6 p.m. The discussion will be moderated by music journalist Eve Barlow.

From 6 to 9 p.m., public entry to the museum is free. RSVP at eventbrite.com/e/beyond-black-the-style-of-amy-winehouse-exhibit-launch-party-tickets-88753822071.

The exhibit will run through April 13.

The Grammy Museum is located at 800 W. Olympic Blvd. For information, call (213)765-6800, or visit grammymuseum.org/exhibits/beyond-black-amy-winehouse.

Filmforum viewing of international short films at the Egyptian