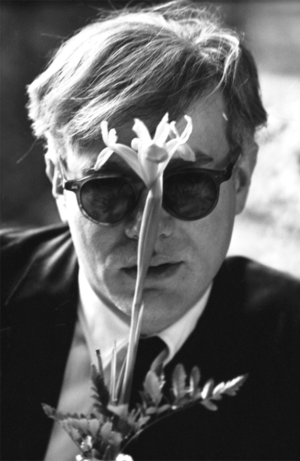 A photograph of Andy Warhol taken in 1963 by Dennis Hopper will be on view at the exhibition. (photo courtesy of Fahey/Klein Gallery, Los Angeles © Dennis Hopper Trust)

The Fahey/Klein Gallery presents “Dennis Hopper: In Dreams,” an exhibition of works that connect Hopper’s role as an actor, husband, father and photographer.

Referencing Roy Orbison’s song by the same name, famously featured in David Lynch’s “Blue Velvet,” “In Dreams” includes appearances by Andy Warhol, Peter Fonda and Wallace Berman, which are interwoven with Hopper’s life and his daily use of the camera.

Hopper first appeared on television in 1954 and co-wrote, directed and acted in “Easy Rider” (1969).

“While people will always remember me as an actor and for ‘Easy Rider,’ I want to be remembered as a photographer, not just an actor who took pictures,” Hopper said before his death in 2010.

Open through Feb. 29, the exhibition is free and open to the public from 10 a.m. to 6 p.m., Tuesday through Saturday.