For your consideration: ‘Little Women’ 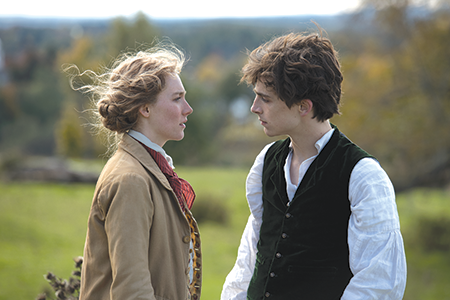 As is, the Oscars’ director category includes one promising candidate, Bong Joon Ho, for the critically praised “Parasite.” Sure, Martin Scorsese directs the hell out of his 3 1/2-hour crime drama, and Quentin Tarantino knows his way around some truly captivating sequences. Yet both filmmakers and their babies feel so much like business as usual for this category, the kind of good ol’ awards bait lobbed at a diminishing viewership for that hostless ceremony.

And then comes something fresh, original, allegedly “Joker,” a gritty origin story of the iconic supervillain. One hiccup: “Joker” isn’t original at all, unless invoking Scorsese’s “Taxi Driver,” modest violence and self-importance count as fresh and original. The hype won’t last. It never does.

The problem with such a flavor of the month is its massive shadow. Until the ceremony on Feb. 9, tired op-eds will lather home pages with debates about the critical value of superhero films – an argument almost old enough to drive – and the role of dark, gritty stories, which dominate the primary award categories this year. Gritty can be a good thing, a great thing, in fact. Remember the first Clown Prince of Crime who nabbed an Oscar?

Alas, equally memorable and, in the case of several top contenders, better films like “Little Women” get lost in that shadow. How can an expertly written, directed and performed adaptation gain any footing against a media circus focused on tragic male figures doing their predictably bloody and gloomy thing? 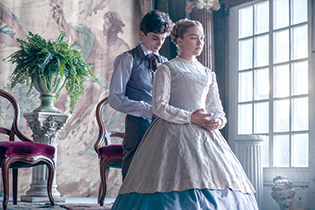 Even with six noms, “Little Women” seems like it might win big for most snubs. It already did in one distinct category: directing. Greta Gerwig’s previous film “Lady Bird” received near universal praise, so she’s on the Academy’s radar. But somehow the director of “Road Trip” and “Starsky & Hutch” bested her to the nom this time around. Sure, “Women” goes down much, much easier than all the other films up for best directing. For that matter, it’s a peppier view than “Bird.” That’s the problem.

Traumatized, brutalized, overbearing men dominate in 2020, and their male directors are praised for tapping into that dark soul of (white) men. Is “Little Women” just too happy or positive, minus the bit that previously took down Claire Danes in 1994? To create something this delightful is no small feat, and Gerwig’s incredible ability to bring it to life deserves much more praise, especially over other less deserving directors on that list.

Yes, she received praise for her writing. Rightly so, considering how she turned a chronological story into something with an entirely different pulse and placement, or climaxes and juxtapositions. In so doing, she successfully pulls off the seventh film adaptation of Louisa May Alcott’s 19th century classic. (Kinda puts that whole “A Star is Born” remakes complaint into perspective.)

The problem with films like “Joker” isn’t that they entirely fail. Instead, they undeservedly blow up. “Baby Driver,” “La La Land,” now “Joker” – excessive hype skyrockets coverage before a quick fade to black. Just ask “The Artist.” And with them comes collateral damage. It only got two noms at the Golden Globes and received six snubs at BAFTA. Compare that to “Joker’s” whopping 11 Oscar noms, a baffling high for superhero films (blah, blah, it still counts as a superhero film).

The pair even face off in costuming. That’s the most perplexing one considering how inconsequential it is in one of those films. Round No. 2 occurs in adapted screenplay. The latter shouldn’t even be a comparison considering how effortlessly “Little Women” transforms an otherwise familiar story into something truly refreshing. That’s real originality, not taking a universally beloved supervillain and making him chain smoke and dance weird.

“Little Women” won’t be remembered as the best film of 2019. But its charm and hopeful delights shower every scene, every stellar performance, from Saoirse Ronan’s Jo and Florence Pugh’s Amy, both deservedly nominated for lead and supporting roles. If only it could be judged on merit alongside its adversaries, but the Academy’s predominant demographic favors a shockingly predictable aesthetic, from cheap race films by white directors to pretty much anything that praises Hollywood. That leaves little room for stories about sisterly love, no matter how incredibly excellent they may be.