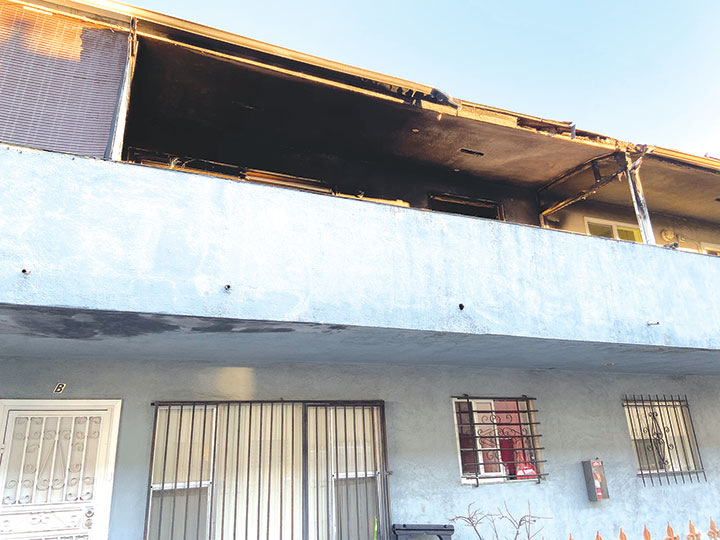 Firefighters extinguished a blaze on the balcony of an apartment in east Hollywood on Dec. 24, containing the flames to a single unit. The Los Angeles Fire Department received a report at 8:30 p.m. about a blaze at 1206 N. Kingsley Drive, just south of Fountain Avenue. They arrived to find smoke and flames emanating from the balcony of a two-story apartment building. Approximately 20 firefighters extinguished the flames in 13 minutes. The fire damaged the balcony and a portion of one unit, LAFD spokesman Brian Humphrey said. No injuries were reported and no monetary estimate of damage and loss was available. The cause remains under investigation.