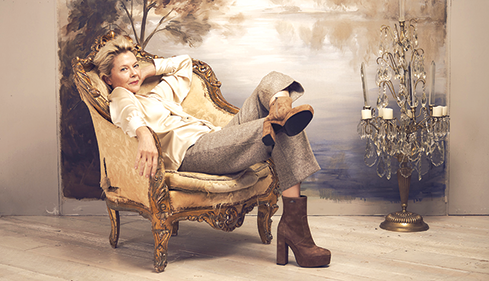 Actress Annette Bening will be honored at the 19th annual “Movies for Grownups Awards.” (photo by Brian Bowen Smith)

The 19th annual “Movies for Grownups Awards,” presented by AARP The Magazine, will be held on Saturday, Jan. 11, at the Beverly Hilton Hotel.

Television and stage performer Tony Danza will host the star-studded evening, which will be broadcast on Sunday, Jan. 19, at 6 p.m. on PBS. The Awards are co-produced by Great Performances and AARP Studios.

Actress Annette Bening will receive the Movies for Grownups Career Achievement Award. Bening, a four-time Academy Award-nominee and recipient of two Golden Globe Awards and a Screen Actors Guild Award, is being recognized for advocating for seniors, fighting ageism and encouraging films that resonate with older viewers.

“Annette Bening has captured our hearts and entertained us for years with her performances,” said Myrna Blyth, senior vice president and editorial director for AARP Media. “We are thrilled to award Annette with our highest honor and recognize a remarkable career.”

“I’m really honored that the AARP has selected me. Especially since there are so many people that they could have recognized,” Bening said. “These awards acknowledge the kinds of movies we need and don’t get enough of. In that way, the awards are advocates for good moviemaking, for meaningful moviemaking. And, to be a part of this is very gratifying.”

The awards will also recognize exemplary talent in film. Films nominated for Best Picture/Best Movie for Grownups Awards include “A Beautiful Day in the Neighborhood,” “Bombshell,” “Little Women,” “Marriage Story,” “Once Upon a Time in Hollywood,” “The Farewell,” “The Irishman” and “The Two Popes.”

“We timed the Movies for Grownups Awards early in the shortened award season to ensure a spotlight on films that matter, not just for entertaining us, but that also speak to the important issues of today,” said Heather Nawrocki, vice president and director for Movies for Grownups at AARP.

For information and a complete list of nominees, visit aarp.org/moviesforgrownups.