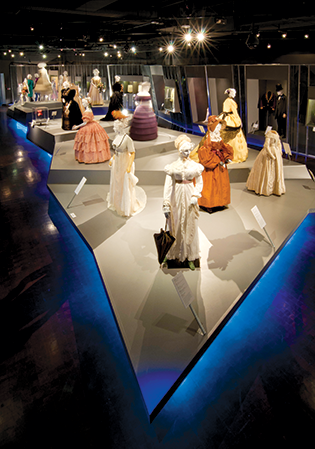 On Tuesday, Feb. 4, the FIDM Museum will open the “Art of Motion Picture Costume Design” exhibition, which celebrates the creativity of costume designers in the film industry.

For its 28th year, the exhibit will feature over 100 costumes from 29 films. Pieces from five Academy Award nominees for costume design – “The Irishman,” “Jojo Rabbit,” “Joker,” “Little Women” and “Once Upon a Time… in Hollywood” – will be on view.

Other costumes will be exhibited from “A Beautiful Day in the Neighborhood,” “The Aeronauts,” “Avengers: End Game,” “Captain Marvel,” “Knives Out” and “Star Wars: The Rise of Skywalker.”

As is tradition, the former year’s Oscar winner for Best Costume Design, “Black Panther,” will also be on display.

The exhibition is free to the public and closes Saturday, March 21. Hours are Tuesday through Saturday, 10 a.m. to 5 p.m.

FIDM Museum is located on the campus of the Fashion Institute of Design & Merchandising at 919 S. Grand Avenue. For information, call (213)623-5821, or fidmmuseum.org.