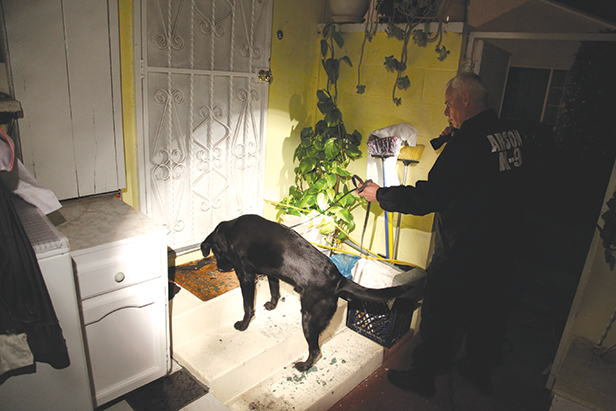 The Los Angeles Fire Department is mourning the death of one of its arson detection dogs – “Major” – on Dec. 27 at the home of his handler, Arson Accelerant Detection Investigator Frankie Oglesby (ret.).

Major was assigned to the LAFD’s Arson Counter Terrorism Section from 2008 through 2016, at which time the dog was retired from active service. Major’s life was devoted to public service, according to LAFD spokesman Nicholas Prange.

The dog was born in 2007 and raised in the Puppies Behind Bars Program. He previously served as a mascot at the United States Military Academy at West Point and afterwards entered service with the Bureau of Alcohol Tobacco and Firearms as an accelerant detection canine. In 2008, Major was certified by the National Canine Training Center and was assigned to the LAFD.

During his time with the LAFD, Major responded to approximately 1,840 fire scenes, as well as major fires throughout the United States and abroad as a member of the ATF’s National Response Team and the Los Angeles House of Worship Arson Task Force. With Major’s help, investigators from local, state, and federal agencies apprehended hundreds of alleged arsonists, Prange said.

Major was the third Arson Accelerant Detection Canine assigned to the LAFD Arson Counter Terrorism Section as part of the department’s partnership with the ATF. Major was also an ambassador to younger generations, helping educate children about fire safety.