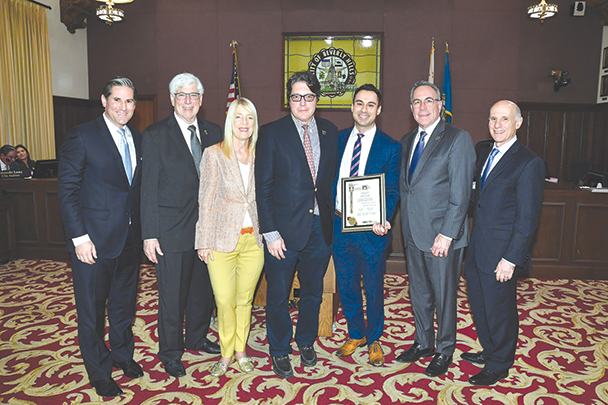 The Beverly Hills City Council recognized attorney Andrew A. Talebi on Jan. 28 with a Kindness Award, which was presented by Mayor John Mirisch. The city of Beverly Hills regularly recognizes residents and members of the community who have shown acts of kindness.

Talebi was honored for his actions last Nov. 7 at the Van Nuys Courthouse-East. The attorney, who is currently with the Javid Trial Firm in Brentwood but was an attorney with Ecoff, Campain and Tilles in Beverly Hills last November, went to the courthouse to observe a hearing. Prior to the proceeding, Talebi saw an unidentified man having a heated exchange with another man outside. Upon entering the courtroom, he observed the same man berating an attorney.

Talebi intervened and approached the man who was acting aggressively and suggested he step outside to calm down. The man left the courtroom and a sheriff’s deputy arrived to restore order. On his way out, Talebi ran into him again and the man apologized for his behavior and the two shook hands. Talebi also met with the attorney who had been confronted, Ori Blumenfeld, who is chairman of Beverly Hills’ Human Relations Commission. Blumenfeld later nominated Talebi for the Kindness Award for demonstrating that people in everyday situations can have a positive impact on others and society.