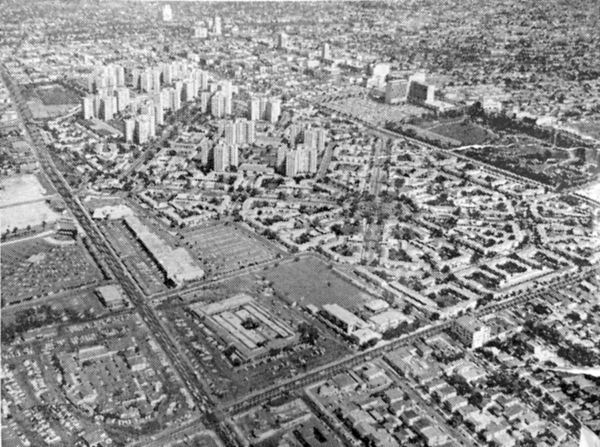 A photograph in the Jan. 7, 1960, issue of the Park La Brea News showed an aerial view of Park La Brea and the Miracle Mile. The accompanying article stated that the neighborhood was undergoing major changes that would shape the community. At bottom left is the intersection of Fairfax Avenue and Third Street, where plans called for the Town and Country shopping center to be built across from the Original Farmers Market. The article also stated that Fairfax Avenue was being widened from Third Street to Wilshire Boulevard and buildings were being razed to make way for new housing and businesses. Sixty years later, the neighborhood is still in the midst of a transformation, with the Academy Museum under construction, LACMA being reconfigured and work on a new subway system making progress along Wilshire Boulevard.

Mexican cuisine kicked up a notch at Cantina Frida

A flash of K-Pop caps off BOLD Holidays