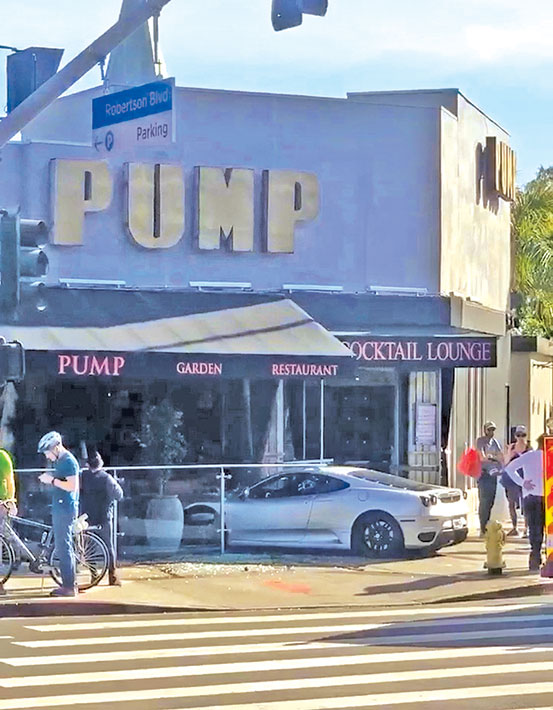 The driver of a Ferrari crashed into the façade of the Pump restaurant at Santa Monica and Robertson boulevards in West Hollywood on Jan. 5, damaging a portion of the front patio area. The collision, which occurred at approximately 1:55 p.m., damaged a glass patio and there was no structural involvement, according to Los Angeles County Fire Department spokesman Sean Ferguson. A female victim was transported to a hospital with minor injuries, however, Ferguson had no information about the victim’s condition. Detectives from the West Hollywood Sheriff’s Station are investigating and there was no further information, including the cause of the collision.

Pump restaurant, located at 8948 Santa Monica Blvd., is owned by celebrity restaurateur and television personality Lisa Vanderpump and her husband, Ken Todd. On Jan. 5, Vanderpump posted photographs on social media of the vehicle after it collided with the exterior of the restaurant, stating Pump is “not a Drive-Thru.” Work began immediately to cordon off the damaged area, and the restaurant reopened later the same day.