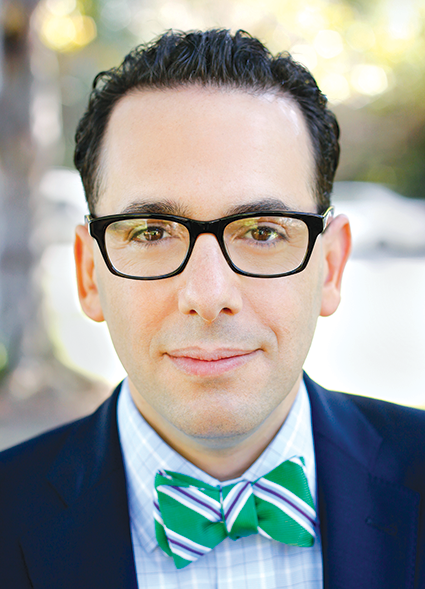 Born and raised in the Woodland Hills and Calabasas area, Slaten scored an audition for a commercial after his grandmother met a talent agent while playing cards. He booked the job and shortly after landed a role on “Cagney & Lacey,” in which he remained a cast member for seven seasons.

Outside of acting, Slaten said staying involved with philanthropy was integral to his upbringing.

“My father was a veteran, and my parents instilled in me the idea from a very early age: ‘To whom much is given, much is expected,’” Slaten said.

One charitable organization Slaten and other young actors partnered with was Famous Fone Friends, which connected them with terminally ill or bed-ridden kids over the phone.

“It was so good to talk to these kids who wouldn’t have any other ability to do that,” Slaten said. “It was because of my acting that I was given those opportunities, and I took every chance I could get.”

After graduating with his bachelor’s in English literature, Slaten eventually decided to go to law school at Pepperdine University, citing some influence from his love for “Law and Order.”

Slaten clerked for the Los Angeles County District Attorney’s office during his studies and was allowed to litigate lower priority cases like misdemeanor trials and felony preliminary hearings.

Through a 15-year career and as a partner with the Law Offices of Floyd Skeren Manukian Langevin, Slaten has legal experience in both criminal and civil litigation and has served as a temporary judge for the Los Angeles Superior Court, which solidified his desire to run for a seat.

Temporary judgeships are voluntary, pro-bono positions that serve at the pleasure of the presiding judge and at the agreement of all the parties. In this position, Slaten said he handled traffic calendars, small claims, restraining orders and other matters.

“So many people are thinking about the presidential primary in the upcoming election,” Slaten said. “It’s the judges that affect the everyday lives of people in our communities.”

I remember him! I’ve also heard him in several interviews. I believe he will make a good judge. We need some fresh ideas.