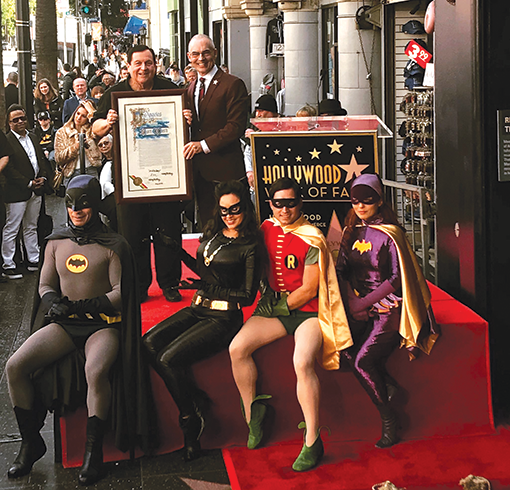 Burt Ward, best known for playing Robin alongside Adam West’s Batman in the 1960s television series, was awarded a star on the Hollywood Walk of Fame on Jan. 9.

Ward’s star, dedicated in the category of television, is located next to West’s at 6764 Hollywood Blvd.

“Burt Ward has been a part of our lives since gracing the small screen as one of the most iconic characters of the 1960s, inspiring kids like me during childhood to do good things,” said Los Angeles City Councilman Mitch O’Farrell, 13th District, on Twitter.