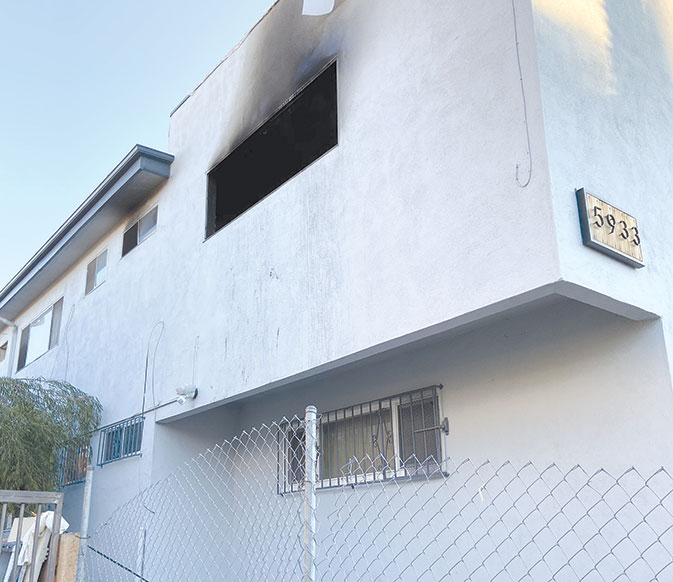 A fire erupted on Dec. 26 in a second-story unit of an apartment building at 5933 Barton Ave., between Vine and Gower streets in Hollywood. The blaze was reported shortly after noon and crews from Los Angeles Fire Department Station 27 arrived within minutes. Residents were evacuated while firefighters contained the flames to a single unit. The blaze was extinguished at approximately 12:18 p.m. One patient suffering from smoke inhalation was transported to a hospital for treatment. There was no information about the individual’s age, gender or condition, LAFD spokeswoman Margaret Stewart said. The fire only affected the one unit and the rest of the apartments remained habitable. The cause is under investigation and there was not estimate of damage or loss available.