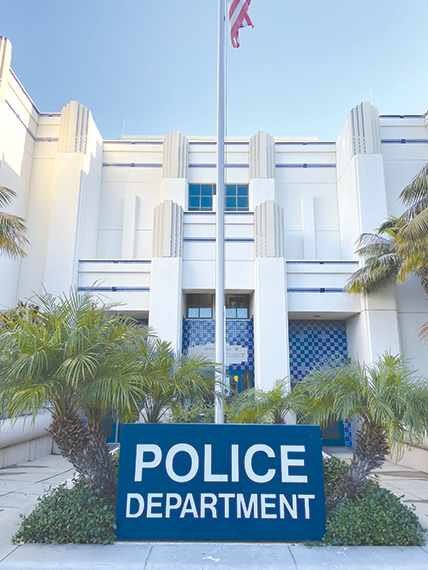 The city of Beverly Hills prevailed after a judge dismissed a lawsuit brought by a traffic control officer alleging discrimination in the police department. (photo by Edwin Folven)

A Los Angeles County Superior Court judge has dismissed a lawsuit filed by Beverly Hills Police Department employee Lisa Weller, who claimed that she was discriminated against because of her age and sexual orientation and demoted from traffic control supervisor to traffic control officer.

The judge ruled that the city demonstrated evidence that contradicted the plaintiff’s claims.

Furthermore, the judge ruled that the plaintiff did not provide evidence that the change in her employment status was made because of her sexual orientation.

“[The] plaintiff did not meet her burden to show that there was such a denial, let alone, that any such denial was due to plaintiff’s age or sexual orientation,” the ruling read.

The decision was welcomed by Beverly Hills city officials.

“We are pleased with the ruling by Judge Martin,” Beverly Hills City Attorney Laurence S. Wiener said. “The city of Beverly Hills believed the case was without merit and remains committed to a respectful work environment free from harassment, retaliation and discrimination.”

Weller’s lawsuit was among several that have been filed against the city by current and former members of the Beverly Hills Police Department claiming discrimination, retaliation and harassment. Last August, the city reached settlements totaling $975,000 in lawsuits filed by three police department employees. The settlements followed a different jury verdict in July in favor of four former employees who claimed workplace retaliation and harassment by Police Chief Sandra Spagnoli. The jury ruled there was no discrimination, but statements made by the chief qualified as harassment. In Dec. 2018, the city reached a $2.3-million settlement with former Beverly Hills Police Department Capt. Mark Rosen, who claimed he was discriminated and retaliated against by Spagnoli because of his age and religion. The city issued a statement at the time that the settlement was reached based on a recommendation by the city’s insurance company. Rosen retired after the settlement was reached.

Calls to Weller’s attorney were not returned.

Mural to be unveiled at Purple Line Station

The decade in film, according to my questionable life choices