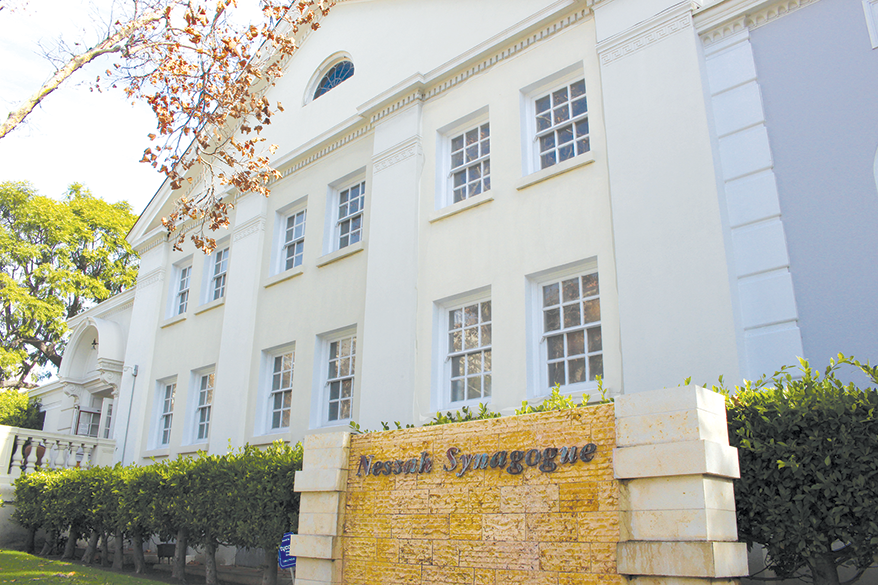 Nessah Synagogue in Beverly Hills was vandalized in December. (photo by Morgan Keith)

In a unanimous decision on Jan. 28, the Beverly Hills City Council decided to adopt the International Holocaust Remembrance Alliance’s definition of anti-Semitism.

The council’s vote came the day after International Holocaust Remembrance Day, which marked the 75th anniversary of the liberation of the Auschwitz concentration camp. The vote also comes on the heels of a recent rise in anti-Semitic attacks and incidents across the country, including the vandalism of Nessah Synagogue in Beverly Hills in December. According to data from the Los Angeles Police Department, anti-Jewish crimes were up 60.5% in 2019 over 2018, and of the 81 religion-based hate crimes in Los Angeles in 2019, 69 were anti-Jewish.

Mayor John Mirisch asked for the council to consider adopting an official definition earlier this month.

“We were the victims of synagogue vandalism and anti-Semitic acts we wouldn’t have thought possible. We need to take as strong a stance as we can against this,” Mirisch said.

The council will vote on a resolution that includes the definition at a council meeting next month.

The IHRA definition, which was chosen by Beverly Hills over wording by the Anti-Defamation League and Merriam-Webster, has been adopted by the United States Department of State, Israel, France, Germany and the United Kingdom, as well as the American Jewish Committee.

“If the IHRA definition is the one gaining momentum in countries around the world and our own government, I’d support that,” Councilman Robert Wunderlich said.

“This is not the law, but it’s a tool for prosecutors, for law enforcement, for judges, educators, et cetera, to understand what anti-Semitism is, because we know it’s rising, and if we can’t define it and how complex it is and that it’s from different sources, we won’t be able to effectively fight it,” Huffnagle said.

The council also decided to send letters to the heads of institutions of higher learning in Southern California, local legislators and others of importance encouraging them to be vigilant against anti-Semitism and support House Resolution 4009, the Anti-Semitism Awareness Act of 2019, which lacks co-sponsorship from any Democrats or members of California’s delegation in the House of Representatives.

Councilman Julian Gold cited last year’s draft of California’s ethnic studies curriculum, which was criticized as anti-Semitic, and an alleged case of anti-Semitism at UCLA as examples of the need for more to be done to combat hate.