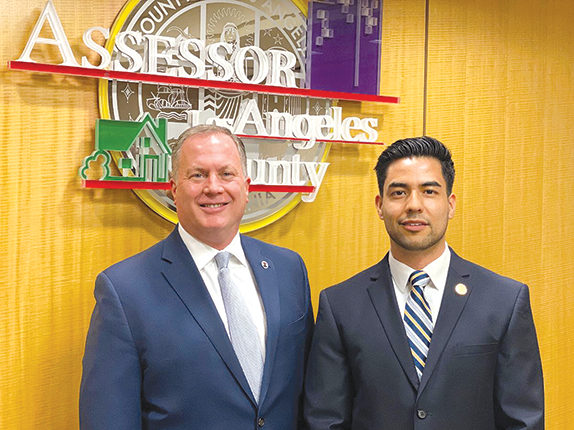 Macias Arellano brings extensive experience as a community organizer to his new role as a special assistant field deputy in public affairs. He has been involved in civic engagement with an emphasis on nonprofit programs.

Macias Arellano’s focus in the Los Angeles County Assessor’s Office will be on underserved communities, such as cities with large Latino populations. He will also focus on building relationships with homeowners, real estate professionals, business leaders and local media outlets.

“Aldo brings a multicultural, bilingual background that will benefit the public affairs team greatly,” Prang said. “I selected him over other qualified candidates because of his proven track record to build strong relationships with diverse communities. He brings people into the mainstream usually left on the sidelines for no other reason than a benign neglect. I look forward to him expanding the reach of the assessor’s office.”

Macias Arellano was formerly co-chair of Building Healthy Communities-Boyle Heights, which educated community members about the Affordable Care Act. The group partnered with local businesses and clinics, which resulted in more than 200 individuals being enrolled in the ACA and My Health LA plans.

“I am humbled by the fact that Assessor Prang has shown the confidence in me to perform these tasks throughout Los Angeles County,” Macias Arellano said. “I’ve always believed that diversity is our greatest strength and we should open our doors to people, not shut them out. Assessor Prang shares that view, and I am excited to be a member of his public affairs team.”

The Los Angeles County Assessor’s Office is the largest of its kind in the nation, employing 1,400 people with an annual budget of nearly $190 million. For information, visit assessor.lacounty.gov.