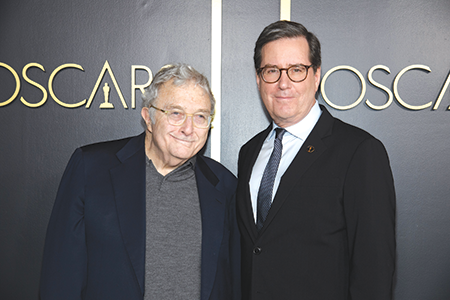 “We’re excited to have an incredible group of nominees and performers who will deliver one-of-a-kind music moments you will only see on the Oscars,” Howell Taylor and Allain said.

This year’s Original Song nominees and performers are “I Can’t Let You Throw Yourself Away” from “Toy Story 4,” performed by Randy Newman; “(I’m Gonna) Love Me Again” from “Rocketman,” performed by Elton John; “I’m Standing With You” from “Breakthrough,” performed by Chrissy Metz; “Into The Unknown” from “Frozen II,” performed by Idina Menzel and Norwegian artist Aurora and “Stand Up” from “Harriet,” performed by Cynthia Erivo.

In addition to the five nominated song performances, the show will feature a special appearance by Questlove and a guest-conducted segment by Eímear Noone. Noone is the first woman to conduct during an Oscars telecast.

The producers will continue to announce talent joining the show in the coming weeks.

The 92nd Oscars will be held at the Dolby Theatre at Hollywood & Highland Center and will be televised live on ABC.