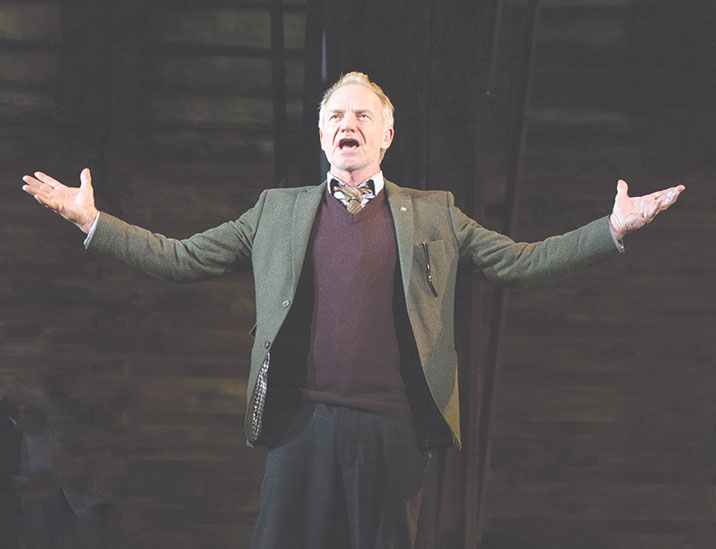 Center Theatre Group presents a limited five-week engagement of “The Last Ship,” running from Tuesday, Jan. 14, through Monday, Feb. 16, at the Ahmanson Theatre. Seventeen-time Grammy Award-winner Sting will star as shipyard foreman Jackie White and will perform the role at every performance. He is joined by Frances McNamee as Meg, Jackie Morrison as Peggy White and Oliver Savile as Gideon Fletcher. Inspired by Sting’s 1991 album “The Soul Cages,” “The Last Ship” tells the story of Gideon, a prodigal son returning home after 17 years at sea to find that the local shipyard his town was built around is closing and Meg, the love he left behind, has moved on. Tensions flare and picket lines are drawn as White rallies the workers to take over the shipyard and build one last ship. Tickets start at $35. 135 N. Grand Ave. (213)972-4400, thelastshipmusical.com.