What to watch when you want to feel down 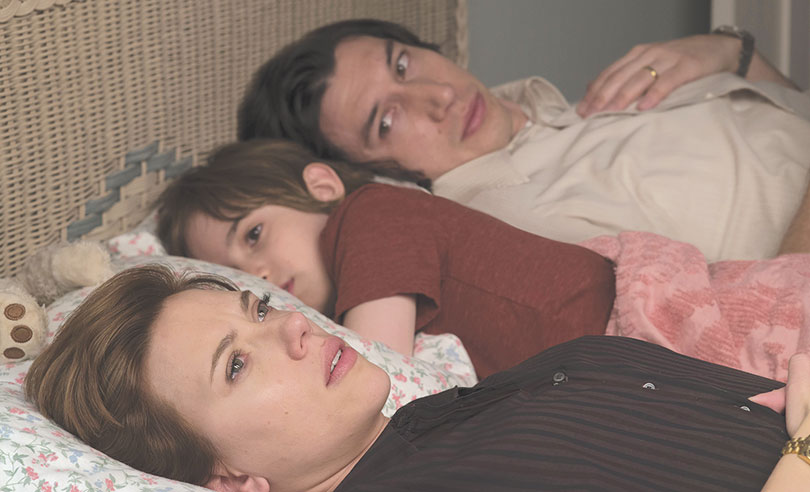 Cinema is an emotional experience. The Avengers make us cheer as they assemble. Martin Scorsese suspends our moral compass in favor of some shady dude’s journey into criminality. And try surviving a good Pixar film without at least watering up.

The unsung hero of emotions, however, is pure, unadulterated frustration. Sure, dry comedies evoke such responses for a laugh, but some films elate themselves in misery. Welcome to “Uncut Gems” and “Marriage Story,” the season’s most uncomfortable cinematic experiences. From divorce to chronicling the life and times of an irredeemable fool, this pair will test your temperament for characters weathering dismal experiences and life choices, both avoidable and inevitable.

Their strengths lie not in originality of plot, but two hours of tone. In “Marriage Story,” Nicole (Scarlett Johansson) and Charlie (Adam Driver), once a power couple in the New York theater scene, tread down familiar terrain for a large sum of nuptials in the United States: divorce. Meanwhile, “Uncut Gems” explores the many, many mishaps of New York jeweler Howard Ratner (Adam Sandler). At least “Marriage Story” provides hope by the end, the pair desiring to remain amicable for the sake of their son. “Uncut Gems” includes no such redemption.

What’s the opposite of romantic chemistry? That’s Driver and Johansson during their relationship’s deconstruction. Awkward conversations laced with a locomotive of subtext, the pair shine at portraying divorce as a unique kind of subculture with its own ceremonies and initiation rituals. Their performances effectively suture us into a familiar but still heartbreaking story. 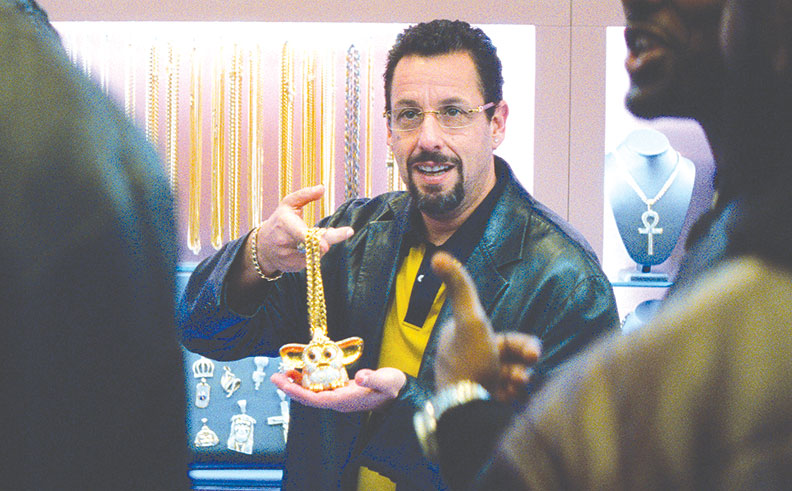 Adam Sandler’s character Howard is hard to like in “Uncut Gems,” but the film remains compelling. (photo courtesy of A24)

Over in “Uncut,” Sandler is perhaps even more effective (that’s a sentence we don’t often hear). This is hardly surprising considering the “SNL” alum’s work with Paul Thomas Anderson (“Magnolia,” “There Will Be Blood”) in “Punch Drunk Love.” Now in the hands of the brothers-directing team Benny and Josh Safdie (“Good Times”), he ascends as a character who learns absolutely nothing.

Both films wallow in pain and heartbreak, but the points are entirely different. The end of a marriage is not a far-fetched prospect. But hopefully nobody is a Howard, that bottom-feeding friend, relative, co-worker or acquaintance who cries wolf so much that the truth reeks of deceit. He has every opportunity to repair his relationships and settle debts, but he’s greedy and selfish. At least divorce proceedings eventually conclude, but for a fool, suffering is a life-long journey.

In one painful scene, Sandler’s Howard attempts to have a sincere conversation with his daughter following a school performance he missed because a couple goons punished him by locking him in his expensive car’s trunk naked. Neither she nor his wife Dinah (Idina Menzel) respect him. He’s that pathetic.

Perhaps the only glaring error between the films occurs in “Marriage Story,” which tries to explore its topic too objectively. As the story transitions between our co-leads, their points of view equally evoke empathy. Certainly, some marriages whither, each side at fault. But one party is normally the key perpetrator. That’s kinda Charlie here (no spoilers), but director Noah Baumbach (“Frances Ha,” “The Squid and the Whale”) isn’t interested in casting blame. Perhaps he should.

And don’t believe any rumors that “Marriage Story” is a comedy. Modest sequences that go for a chuckle don’t count. But that’s always been the indie comedy way, on big and small screens, a comedy in name only.

Films like these are made for Top 10 lists and awards shows, both sympathetic leads trying to graciously remove themselves from each other’s lives to Sandler’s successful depiction of 2019’s worst, someone so shady, so irritating, so moronic, so stupid, so familiar. That’s not a dig at Sandler or the film.

“Uncut Gems” wants that pain, that discomfort. Its crowning achievement is an ostracizing experience. By comparison, “Marriage Story” is safe, a happy-sad film warning that divorce sucks but can be endured. “Uncut Gems” seems more content to tell us, “Don’t be that guy.”

Start the new year at the Rosewood Miramar Beach resort