VINTAGE: Make sure to plan your visit with Santa 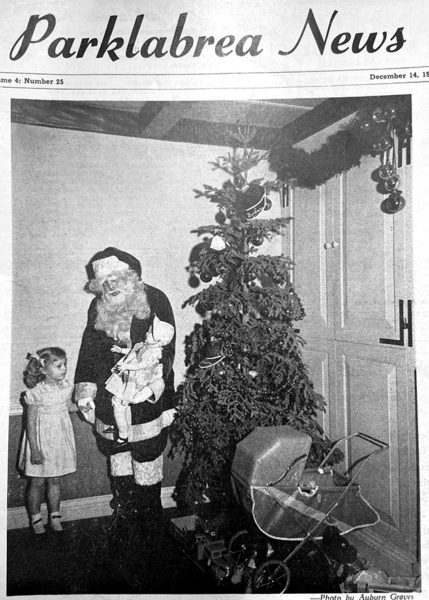 “Tootie places her order …” read the headline for this photograph in the Dec. 14, 1950, issue of the Park Labrea News. Young Tootie (Susan) Slater, daughter of Mr. and Mrs. Paul Slater, of Ogden Drive in Park La Brea, met Santa Claus at the former May Company department store at the corner of Wilshire Boulevard and Fairfax Avenue, according to the accompanying caption. She had hurried to the toy department and asked Santa for a special gift, and he helped her choose the perfect doll. Since her apartment at Park La Brea didn’t have a chimney, she promised to leave the back door open for Santa on Christmas Eve, the caption read. With all the arrangements taken care of, Tootie was assured to have a memorable and merry holiday.