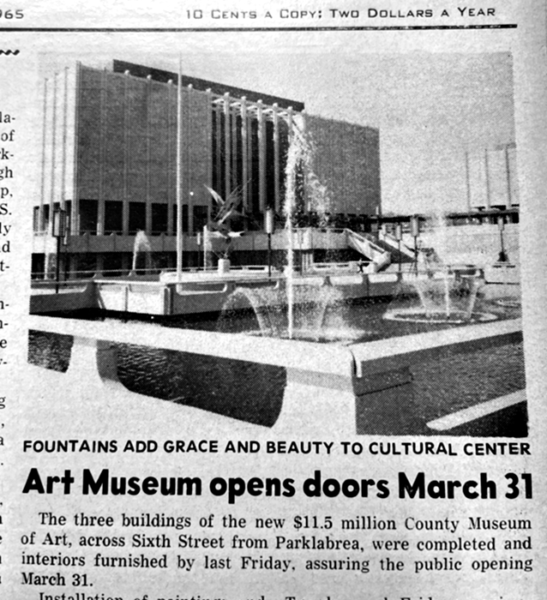 A photograph in the March 11, 1965, issue of the Park Labrea News and Beverly Press showed the Los Angeles County Museum of Art’s new campus on Wilshire Boulevard. The $11.5-million complex included three new buildings, fountains and an open plaza. The accompanying article described it as a new cultural center for the city. LACMA is currently undergoing a transformational redesign that will replace the original buildings with a singular structure spanning Wilshire Boulevard. On Dec. 3, the Los Angeles City Council approved a plan that grants permission for the museum’s building to be constructed over the major thoroughfare.

Mayor increases efforts to prepare for the 2020 Census