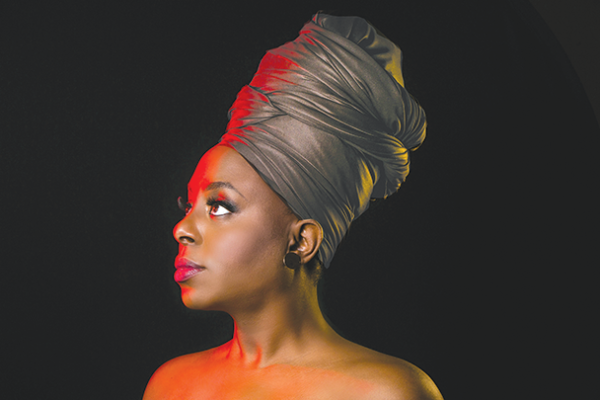 Ledisi is a 12-time Grammy-nominated vocalist and CEO of record label Listen Back Entertainment. (photo by Ron Young)

The Wallis Annenberg Center for the Performing Arts presents “Ledisi: The Legend of Little Girl Blue,” a journey into the lives of Nina Simone and Ledisi, from Friday, Dec. 13, through Sunday, Dec. 29, in the Lovelace Studio Theater.

The production mixes classical, jazz, and rhythm and blues sounds with storytelling of the musical bond between Ledisi, an artist from the present, influenced by Simone, a legend from the past.

In a nightclub-style setting, Ledisi portrays herself, her mother and Simone as she returns to her roots in jazz, performing her classics reimagined with strings and big band horns.

“Nina Simone’s legacy lifted me and reminded me to be proud of my skin and embrace the walk I was given,” Ledisi said. “Her music lets me know I am not alone in my journey.”

The show’s running time is approximately 1 hour and 50 minutes, including a 15-minute intermission.