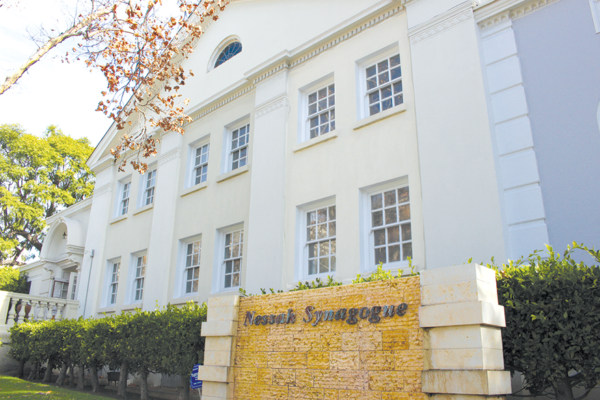 Nessah Synagogue was broken into and vandalized on Dec. 14. (photo by Morgan Keith)

The Beverly Hills Police Department has arrested a 24-year-old man from Pennsylvania for allegedly vandalizing the Nessah Synagogue at 142 S. Rexford Drive on Dec. 14.

The suspect, Anton Nathaniel Redding, was identified on Dec. 17 using security video and forensic evidence. Police obtained a warrant for his arrest and tracked Redding to Kona, Hawaii, where he was taken into custody and is being held without bail pending an extradition hearing. He is charged with vandalism of a religious property and commercial burglary, with the penalty enhancement that it was a hate crime.

Beverly Hills officials announced the arrest on the evening of Dec. 18 and credited police for thorough investigative work that enabled them to identify and locate the suspect. Redding is from Millersville, Pennsylvania, and it was not divulged what he was doing in Beverly Hills or how he ended up in Hawaii.

“I said we would catch this guy and we did,” Beverly Hills Mayor John Mirisch said. “The criminal who we believe desecrated a holy place on Shabbat is now in custody thanks to the superb work of the Beverly Hills Police Department. The Beverly Hills community is strong and will not be intimidated by despicable acts. Our thoughts remain with the Nessah community as they work to move forward from this terrible crime.”

The vandalism at the synagogue occurred overnight when nobody was inside the temple and was discovered at approximately 7 a.m. on Dec. 14 by an employee who arrived at work and found a door open and damage inside the building. The suspect ransacked the interior, turned over furniture and scattered brochures and materials, police said. Several Jewish relics were damaged, but the main scrolls were unscathed. Nothing was stolen.

Detectives found security camera images of the suspect that were used to identify him. BHPD Chief Sandra Spagnoli said solving the crime was the department’s top priority and all necessary resources were devoted to the investigation.

“I am so pleased that the collective efforts and relentless police work on this case has resulted in the apprehension of the suspect and a criminal filing,” Spagnoli said. “I’d like to thank our staff, partner law enforcement agencies and community organizations for their expeditious work and support during this difficult time.”

Following the vandalism, there was an outpouring of support for the synagogue and condemnation of the crime.

“[I am] shocked and outraged by the vandalism at Nessah Synagogue in the city of Beverly Hills,” Los Angeles Mayor Eric Garcetti tweeted. “We will stand together and speak out strongly against any act of hate and intolerance in our community.”

“[I am] appalled that our neighbors, the congregation of Nessah Synagogue in Beverly Hills, were the victims of vandalism,” U.S. Rep. Ted Lieu wrote on Twitter. “We must condemn in the strongest terms acts of intolerance and anti-Semitism, and ensure that everyone feels safe in their houses of worship.”

“We stand in solidarity with the Nessah community and will assist in any way possible,” Gold said.

Police worked with the synagogue’s leadership on the investigation. Cleanup efforts were initiated on Dec. 14 and the temple reopened the following day. 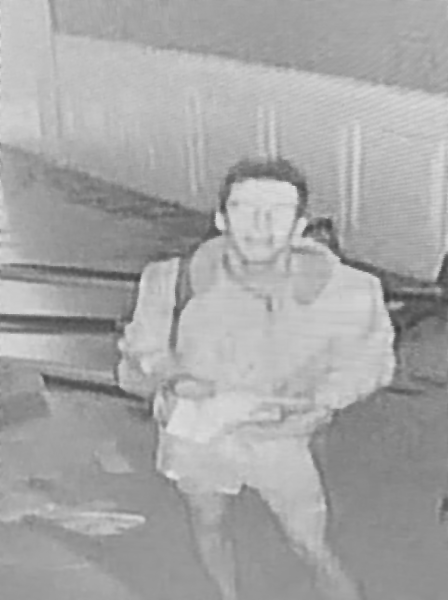 Security camera images of the suspect were released shortly after the incident. (photos courtesy of BHPD) 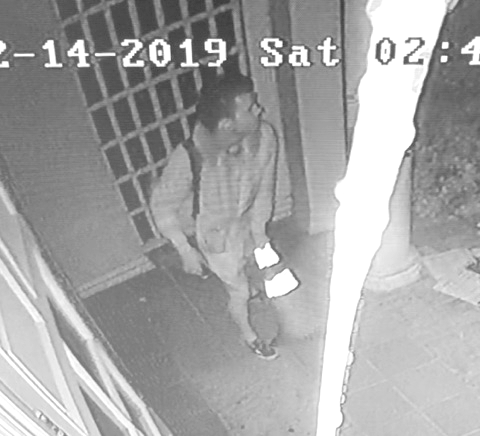