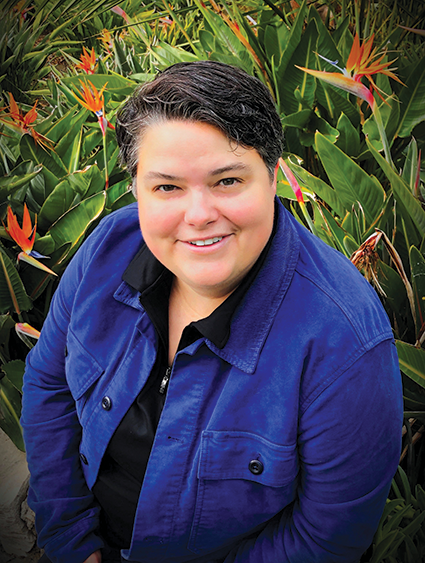 Jenny Rogers will join the city of Beverly Hills as the city’s next director of community services. Rogers comes from the city of Mill Valley in Northern California, where she has served as director of arts and recreation since 2012. She fills the role vacated by former Director Nancy Hunt-Coffey, who was named assistant city manager earlier this year.

As director of community services, Rogers will oversee the department’s Administrative Support, Human Services, Library and Recreation and Parks divisions. She will also direct the development and implementation of innovative programs to enhance the community culture, education, leisure and library services.

“Beverly Hills is such a special place, and I am thrilled to be selected for this incredible opportunity,” Rogers said. “As an artist myself, my passion for my work is personal. I look forward to working with the City Council, incredibly talented city staff and the community to build upon the world-class legacy Beverly Hills has created with its deep commitment to arts and culture, superior facilities and exceptional programming.”

Prior to her tenure in Mill Valley, Rogers worked for the city and county of San Francisco, where she began her career providing human and social services at Boeddeker Park in the Tenderloin District. She later served the Cultural Arts Division as cultural arts supervisor. Most recently, she played an integral role in the development of the Marin County Arts and Culture Master Plan and was appointed to co-chair its implementation within the county.

Rogers will start with the city on Jan. 6.

‘Knives Out’ dishes out a quirky, unconventional whodunnit