Metro given go-ahead for holiday work in Beverly Hills 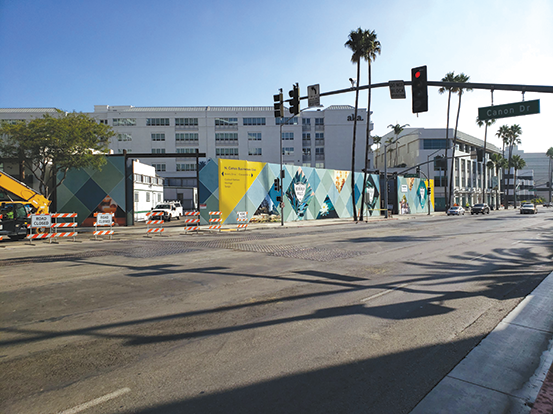 Metro and its contractor, Skanska Traylor Shea, will be allowed to work in the yards and underground on Jan. 20 and Feb. 17, with no work scheduled in the public right-of-way. Gale Drive’s daily closure will only be implemented for deliveries between 6 a.m. and 4 p.m.

Originally, the Memorandum of Agreement agreed upon by Metro and the City Council in 2017 scheduled construction to halt on both dates for holiday moratoriums. The memorandum outlines the procedures and conditions for the construction of the Wilshire/La Cienega Station.

Metro’s request, presented by Public Works Department engineering manager Robert Welch, would allow for a reduction in the overall schedule and project impacts on the community, according to the staff report.

Welch said the department received no concerns from the public about the request.

Digitally and hand-delivered notices were distributed to surrounding neighborhoods within a quarter-mile radius of the project site. The possibility of work was additionally included in the December look-ahead given to neighbors and stakeholders in November as well as posted on the city’s website, according to the staff report.

The Saban Theater, located adjacent to the intersection of Wilshire and La Cienega boulevards, coordinates biweekly with project representatives and expressed no concerns, Welch said.

“This seems like a reasonable accommodation to me and I’m not aware of downsides of doing it,” Councilman Robert Wunderlich said.

The Purple Line Extension work at the Wilshire/La Cienega Station is in the station construction phase. “Metro and its contractor, Skanska Traylor Shea, estimate that this phase will be complete in 2022,” the staff report reads.