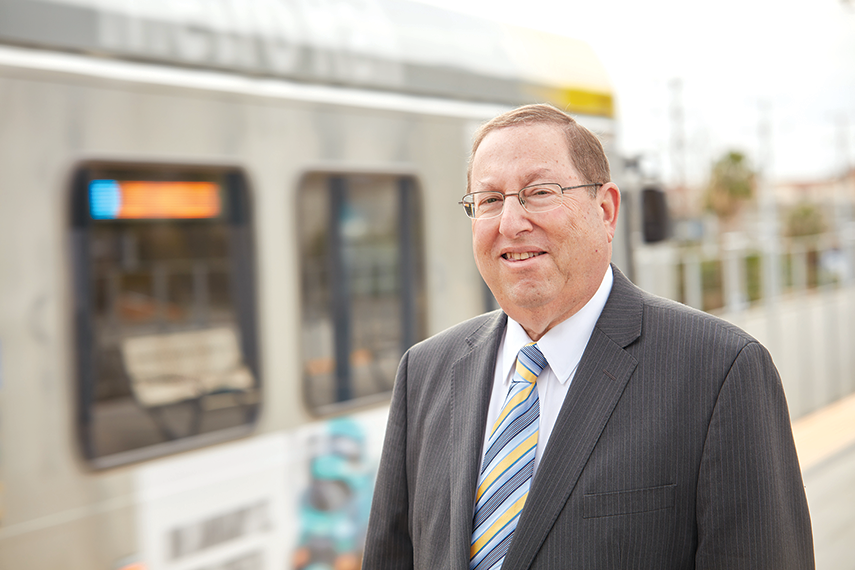 Los Angeles City Councilman Paul Koretz, 5th District, has announced his candidacy for city controller in 2022, and although the election is two years away, the councilman has amassed a list of many leaders pledging their support.

Koretz said he is making the announcement early because he wants to be the “consensus candidate” for the position. He has represented the 5th District on the Los Angeles City Council since 2009, having been reelected in 2013 and 2017. Koretz will be termed out as councilman in 2022.

“I have always been passionate about government efficiency so we can avoid waste and use city funds exclusively to improve the service city government provides for our residents,” Koretz said. “That’s why I am running for city controller.”

The legislator said the controller’s office will give him a new platform to address important issues, including fiscal responsibility.

“I have spent a lot of time on the council looking for efficiencies,” said Koretz, who has served on the Budget Committee since 2009 and was also chairman of the Audits and Government Efficiency Committee. “When I first got on the council, I found that the city was paying its bills too early to avoid late fees. By paying bills too early, we were cutting ourselves out of a couple million dollars a year [in interest]. The controller also does policy audits. I’d like to look at how we are doing in reaching our goals on climate change. Also, why do we have as many contracts as we do? These are the types of issues that are perfect for me to follow up on, given my background in politics for the past 30 years.”

The city controller serves multiple functions, including chief accounting officer and auditor for Los Angeles. The office also oversees payroll and spending and serves as a consultant to the City Council and departments on budgetary matters. It has three divisions dedicated to auditing, accounting and fiscal analysis. Koretz praised the work of current Los Angeles City Controller Ron Galperin, who was elected as city controller in 2013 and reelected in 2017. Galperin will also be termed out in 2022.

“[Galperin] has done an excellent job. I think he is one of the most qualified city controllers in the city’s history,” Koretz said. “I’d never dream of running against him, but he’s termed out. I think it would be a good fit.”

Koretz, a son of Holocaust survivors and a longtime resident of the Beverly Grove District, has served in government for years. In the 1970s, he served as an aide to then-City Councilman Zev Yaroslavsky, 5th District, and Marvin Braude, 11th District. In the 1980s, he supported West Hollywood’s incorporation as a city. 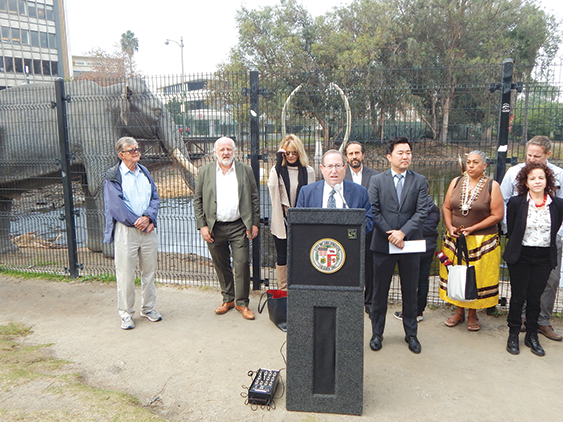 City Councilman Paul Koretz, pictured at a press conference where he advocated for rainforest protection, wants to continue his environmental work as city controller. (photo by Edwin Folven)

After working as a deputy to West Hollywood City Councilman Alan Viterbi, Koretz ran for office in 1988 and served for 12 years on the West Hollywood City Council. He promoted the city economy and helped enact rent regulations to protect tenants. He was also involved with enacting gun legislation including West Hollywood’s ban on automatic rifles and “Saturday night specials” – inexpensive and easily concealable handguns that were often used by criminals – as well as animal rights issues.

In 2000, Koretz was elected to the state Assembly representing the 42nd District, and served the maximum three terms allowed under state law. He authored more than 70 bills including legislation to reduce gun violence and improve conditions for workers. Koretz was a member of the state Assembly’s Revenue and Tax Committee, and previously served as chief of staff to former State Board of Equalization Chair Brad Sherman.

As a member of the Los Angeles City Council, Koretz has focused on fiscal responsibility and quality of life issues. He fought to have regulations enacted prohibiting mansionization that he believes was destroying the character of local neighborhoods. He has also focused on animal rights and healthcare, helping to enact a law requiring people to be 21 to purchase tobacco products.

“During the 10 years we have served on the City Council together, I have found Paul Koretz to be of the highest integrity and trustworthiness,” Wesson said. “He has been consistently focused on ways to save the city money through efficiencies. He has been one of the key members of our Budget Committee and has helped guide us through tough fiscal times. Paul is the perfect choice for our next city controller.”

Koretz said he will be devoting more time to the upcoming election in the coming months. Per city regulations, Koretz will not be able to form a campaign committee and begin official campaign activities until March.

As one of LA’s least inefficient, misguided city council members, Paul Koretz – a career politician who’s never held a real job – is completely out of touch and not worthy of holding his own office, let alone a higher office. Unless being the son of Holocaust survivors is suddenly a necessary requisite for City Controller I can only pray that a better-suited candidate opposes him. Koretz, like his fellow councilmembers and Eric Garcetti, is largely responsible for the trash heap of homelessness this city has become. He says he is trying to “avoid waste?” Then how about cleaning up the waste in his own district? “I have spent a lot of time on the council looking for efficiencies,” said Koretz. I’m sure he didn’t find it, especially in his own office. Gun rights, tobacco use, and mansionization are all important issues – ones that he has arguably failed at – but the most important issue, homelessness, he has most definitely failed at. He does not deserve to be in office yesterday, today, or tomorrow. Sure, he’ll try and appeal to LA’s liberal base and show up at every temple event, but hopefully this time members of either of those tribes won’t fall for his b.s.

Meant to say “least efficient.” Should have just said Worst, Councilmember. Ever.

Paul Koretz has worked tirelessly for Californians & Los Angelenos for many, many years. He has also led the way with stronger animal protection laws. He is a fierce fighter for justice, equality & progress. I wish he could continue being a City Councilmember. Still, I support his next move & strongly back him & urge you do as well.