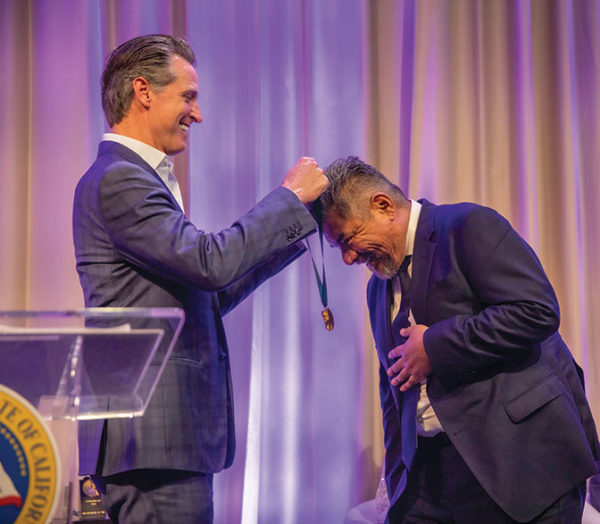 On Dec. 10, Gov. Gavin Newsom and First Partner Jennifer Siebel Newsom joined the California Museum to induct the 13th class of icons who embody the state’s spirit of innovation and achievement into the California Hall of Fame in Sacramento.

“California is a state not just of dreamers, but of doers who pride themselves on being on the leading edge,” Newsom said. “That entrepreneurial spirit and the incredible diversity, daring and perseverance of our beloved state is demonstrated in the lives and the journeys of those honored tonight.”

“These inductees exemplify the beautiful diversity of our state and we are honored to induct them into the California Hall of Fame,” Siebel Newsom said.

The California Hall of Fame was established in 2006 to honor legendary people who have made their mark on history through achievements across a variety of fields, including the arts, education, business and labor, science, sports, philanthropy and public service. California Hall of Fame inductees are selected yearly by the governor and first partner.

The governor and first partner announced the inductees in a social media video last month. This year’s honorees join 122 Californians previously inducted for embodying the state’s spirit of innovation.

County to use predictive model on homelessness

Music Center and Grand Park team up for holiday traditions