‘Black Christmas’ is more compelling to discuss than see 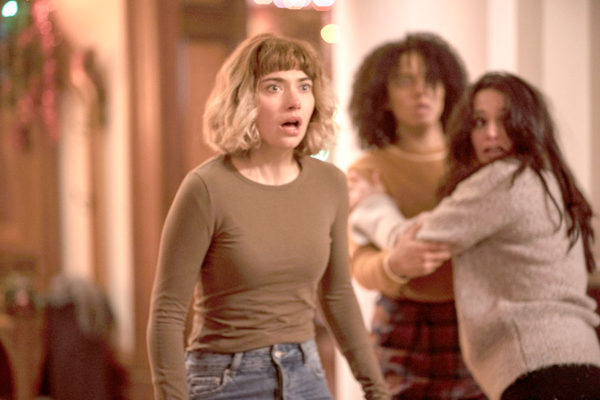 Bob Clark’s 1974 proto-slasher changed the game for horror, popularizing tropes like the killer whose face is never revealed and the call tracked to inside the house. Nine years later, Clark would perfect his horror film tools with “A Christmas Story,” a tale of holiday madness masquerading as a family film. But his penultimate horror film – a genre staple – would birth an unremarkable remake in 2006 and another failure to launch this year.

Co-writer and director Sophia Takal, who worked on Hulu’s anthology horror series “Into the Dark” last year, updates the story for the #MeToo movement, including a PG-13 rating for optimal impact. And with Blumhouse Productions (“The Purge,” “Insidious,” “Paranormal Activity”) behind it, maybe the stars could be in alignment for this Friday the 13th in December release. Unfortunately, what premieres is a talking piece more than a modern classic.

To call “Black Christmas” a remake stretches that concept. It’s more loose homage. Like the original, winter break approaches for the college students, here at a quaint institute called Hawthorne College. But Riley (Imogen Poots) doesn’t feel very festive, still traumatized from a sexual assault that went ignored by authorities and marked her as a hysterical exaggerator by the frats. Luckily, her sorority sisters not only stand by her but target the toxic men around them in a Christmas performance prank.

What’s more, fellow sister Kris (Aleyse Shannon) levies a series of protest campaigns against the college, first to remove a racist statue and then to fire classics professor Gelson (previous Farm Boy and “Saw” star Cary Elwes) for sexism and refusing to update his curriculum with more inclusive voices.

All this background sets the stage for the easy dispatch of victims whom peers and useless campus security assume left for the holidays, and motivation behind each killing. Rather than confront Bobby, the ambiguous villain from 45 years ago, Riley and company encounter masked and hooded figures using archaic weaponry: knives, a hatchet, bow and arrow, even an icicle. Not a single madman in the attic, this is a coordinated attack that originates with an institution’s seedy history.

Fans of the original will note many, many, many glaring revisions. Abortion and sexual promiscuity take a back seat to sexual assault and women’s rights. Both films do, however, portray toxic masculinity, though 2019’s “Black Christmas” cranks things up to 11. Takal’s reasons for some changes are quite compelling. In place of an unseen villain always lurking upstairs that symbolizes patriarchy atop the glass ceiling, prejudice must be identified and snuffed out. “Boys will be boys” (a phrase that kinda appears here) no longer shields vile and often illegal behavior. 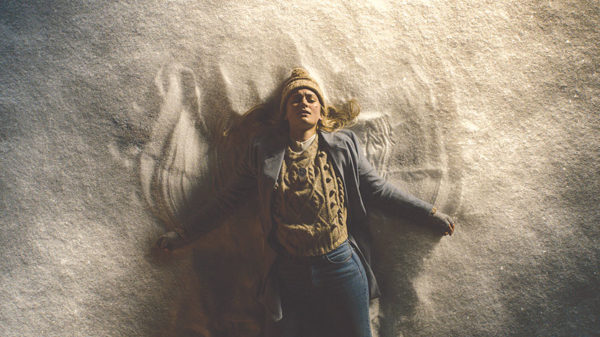 The female victims are many throughout “Black Christmas.” (photo courtesy of Universal Pictures)

For all “Black Christmas” has to say, it never quite shines beyond its rhetorical goals. Each kill and jolt is clearly telegraphed, predictably positioned. Poots (“Green Room,” “Fright Night,” “28 Weeks Later”) and Shannon, in her debut feature film, service the story as best they can, but they don’t ascend the lure of horror’s final girl once dialogue transitions into the primary action are halfway through.

As for its interweaving of narrative and politics, college should be an appropriate setting. Those defining years should evoke night after night of debates about all manner of topics. And, of course, the partying. The sorority scenes work quite well, but the villains are a pill. This a tough one because actual men who complain about diminishing opportunities for men are, in fact, a pill. But annoying, obnoxious, simplistic foes don’t really help move a story.

The answer to this problem isn’t sympathy for the devil – no “good people on both sides” false equivalency needed – but something the trailers originally promised: the sisters take the fight to them. That highly publicized concept is merely a singular moment. It should kick off act two. Instead, this is all rather run-of-the-mill, even though it seeks to shine a light on important issues.