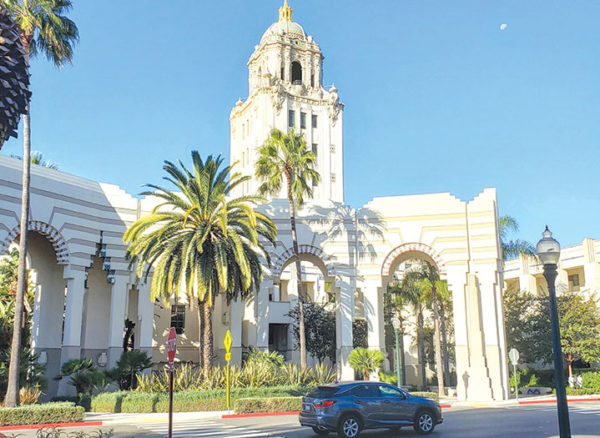 On Dec. 17, the Beverly Hills City Council unanimously adopted a temporary urgency ordinance regarding affordable housing and noticing for some types of projects.

The urgency ordinance, which went into effect at midnight after the meeting, puts the new rules in place before Jan. 1, when Senate Bill 330’s limitations on local control over development and housing go into effect.

For projects that will create between five and nine total units, one unit must be set aside for low-income households. If the developers would prefer, they can pay an in-lieu fee to the city’s affordable housing trust fund. The in-lieu fees are calculated per square foot of development, and the rate ranges between $58 per square foot and $105 per square foot, increasing as the number of units in the building increases.

Some council members said they felt the fees might be too high, though Kathe Head, managing principal of the Keyser Marston Associates, which helped craft the in-lieu rates, said the high price of land in Beverly Hills means the in-lieu rates must be high as well.

“I do have the concern that if the fees are too high, people are not going to want to build. I think we have to keep that in the back of our minds,” Vice Mayor Lester Friedman said.

Mayor John Mirisch argued that even with high in-lieu fees, the city’s cachet means that developers will want to build housing in Beverly Hills.

“With the name that we have and the brand, there’s a huge incentive to build upscale. Developers can get more for their money, even with more expensive land, because of the name Beverly Hills,” Mirisch said.

“I think we’re being a little wimpy, or maybe conservative is the word,” Mirisch said.

Some council members said the interim ordinance might be adjusted before its enacted as a permanent ordinance.

“My general thinking is that for an interim ordinance, we ought to be on the conservative side,” Councilman Robert Wunderlich said.

The council also put in place new noticing requirements for some development projects, which will apply to future projects and projects whose applications have not yet been deemed complete.

After filing an application with the city, all single-family projects that require review by the Planning Commission will be required to send an “adjacent neighbor mailed notice” to all properties within 100 feet of the project site. The notice will be sent by a courier service, such as FedEx, so that city staff can track the notice and confirm that it was delivered.

Staff proposed that the notice only go out to single-family properties within 49 feet of the project site, but Councilwoman Lili Bosse pushed for the distance to be increased and for multi-family housing residents to be included as well.

For projects in multi-family zones or in commercial-residential zones, developers must host a community meeting for all residents and property owners within 1,000 feet or on the same block as the site.

The meeting will take place as part of the project’s application; otherwise, it would count toward the five-meeting limit imposed by SB 330.

The Beverly Hills Planning Commission was not in support of the idea of community meetings, as it believed the requirement would be arduous for applicants and city staff alike, but the City Council agreed that community members should be brought into the development process at an early stage.

‘Black Christmas’ is more compelling to discuss than see

So basically this is a tax against the people building homes for our communities because it’s easier to blame developers than incompetent elected officials.