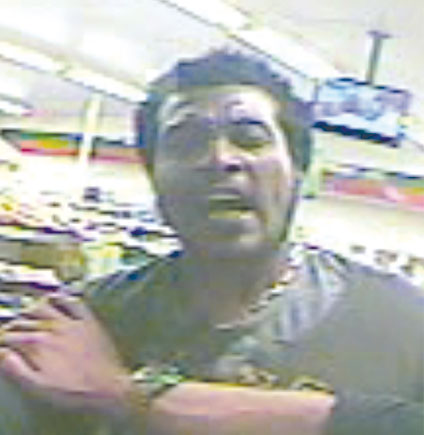 Authorities released a security camera photo of the suspect. (photo courtesy of the LASD)

A man who authorities described a transient was sentenced to nine years and six months in state prison on Dec. 12 for attacking a man with an ax at a convenience store in West Hollywood in 2017.

Kisu Brown, 44, pleaded no contest in April to one count of attempted voluntary manslaughter. Brown also admitted inflicting great bodily injury on the victim during the commission of the crime and using an ax as a deadly and dangerous weapon.

At approximately 4 a.m. on Sept. 2, 2017, Brown was confronted by a clerk for allegedly shoplifting at a 7-Eleven store in the 7900 block of Santa Monica Boulevard. A male customer in the store intervened and the defendant confronted him, police said.

A struggle ensued inside the store, according to evidence presented at in court. Brown left but waited outside. When the man who intervened exited the store, the defendant struck him repeatedly with an ax on the head and body, Deputy District Attorney Shane Michael said. The victim was taken to a hospital and treated, and survived the attack.

Detectives from the West Hollywood Sheriff’s Station launched an exhaustive investigation and arrested Brown on Sept. 4 near Santa Monica Boulevard and Fairfax Avenue. He had been charged with attempted murder.