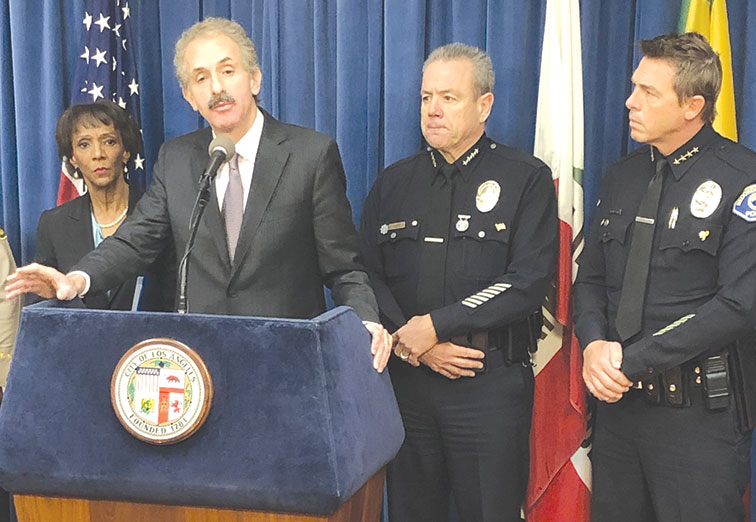 “Driving a car under the influence is against the law, and so is driving a motorized scooter, when impaired,” Feuer said. “This year alone, my office has prosecuted over 6,900 DUIs. Don’t drink or use cannabis or other drugs and drive any kind of vehicle. We will prosecute.”

“These are senseless – and easy-to-prevent – crimes that destroy the lives of everyone involved,” Lacey said. “Together, let us make our streets safer, which is something we can all celebrate.”

In addition to the 6,900 DUI cases Feuer’s office has filed, the district attorney’s office has filed more than 12,000 DUI cases. The number of driving under the influence of drugs cases presented for filing consideration increased 66% for the Los Angeles City Attorney’s Office over three years, from 433 cases in 2017 to 720 this year. Similarly, the number nearly quadrupled for the district attorney’s office, from 285 driving under the influence of cannabis cases in 2017 to more than 1,000 as of Sept. 30. Feuer said his office has also prosecuted 11 DUI cases involving people riding scooters.

Lacey and Feuer reiterated that prosecutors will aggressively investigate and prosecute vehicular deaths and injuries caused by impaired drivers.

“We need the help of family, friends and others who can hopefully prevent a potential deadly outcome when they notice someone may be under the influence of alcohol or drugs,” Lacey added.