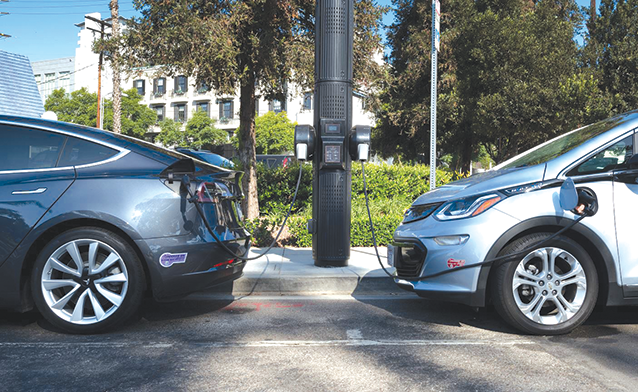 With the goal of exploring the future use of street light infrastructure from both a policy and design perspective, the city of West Hollywood has installed two Smart.Node street light structures on Santa Monica Boulevard, one at City Hall and another at the Veterans Memorial.

The Smart.Nodes have been provided by the city’s partner, ENE.HUB, a fully integrated smart city infrastructure provider committed to working with local governments to solve critical infrastructure challenges.

“Cities are never finished, and the city of West Hollywood Smart.Node Project explores the future use of street light infrastructure ensuring it is efficient, adaptable to future technologies and an attractive alternative to pole-mounted sensor attachments,” West Hollywood Mayor John D’Amico said. “The Smart.Nodes bring a number of benefits to the community, including furthering our sustainability goals with on-street electric vehicle charging and access to real-time environmental data previously unavailable to the city. West Hollywood is committed to being a leader in Smart City innovations.”

Street lights are increasingly becoming a place to test new technological innovations; however, as technology proliferates, there will be a point when there is not enough physical space or structural support for more pole attachments. The city of West Hollywood places strong value on how public space is experienced and believes it is important to consider how new technology, like small cell wireless facilities, can be deployed in a way that is sensitive to the city’s urban design. The modular, integrated design of the Smart.Nodes allow for site-specific installation of multiple technology components.

Smart Nodes are located in front of West Hollywood City Hall at 8300 Santa Monica Blvd. and adjacent to the Sal Guarriello Veterans’ Memorial at 8441 Santa Monica Blvd. For information, visit weho.org/smartcity or wehosmartcity.org.