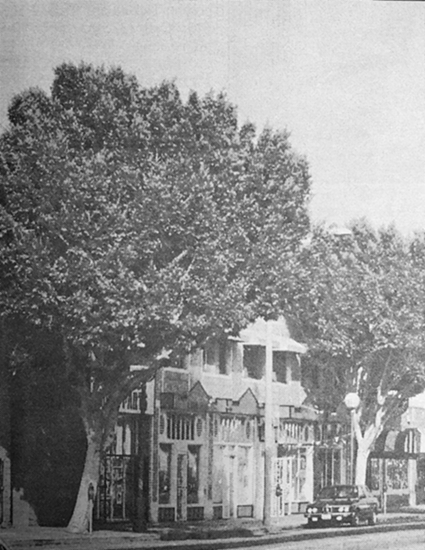 A photograph in the March 25, 1999, issue of the Park Labrea News and Beverly Press showed ficus trees on West Hollywood’s east side that were to be cut down to make way for the Santa Monica Boulevard Reconstruction Project. The City Council voted to remove the full-grown ficus trees and replace them with London plane trees, which line the boulevard today. On Monday, the West Hollywood City Council approved a plan to require developers to plant new trees at building sites when they are removed to make way for new projects.